Kashmir was in a mess before August 5, says S Jaishankar on Article 370 move

Speaking at an interactive session in New York, the US, the EAM said that many restrictions in the region have been rolled back, landlines and some mobile towers have been restored and economic activity has resumed. 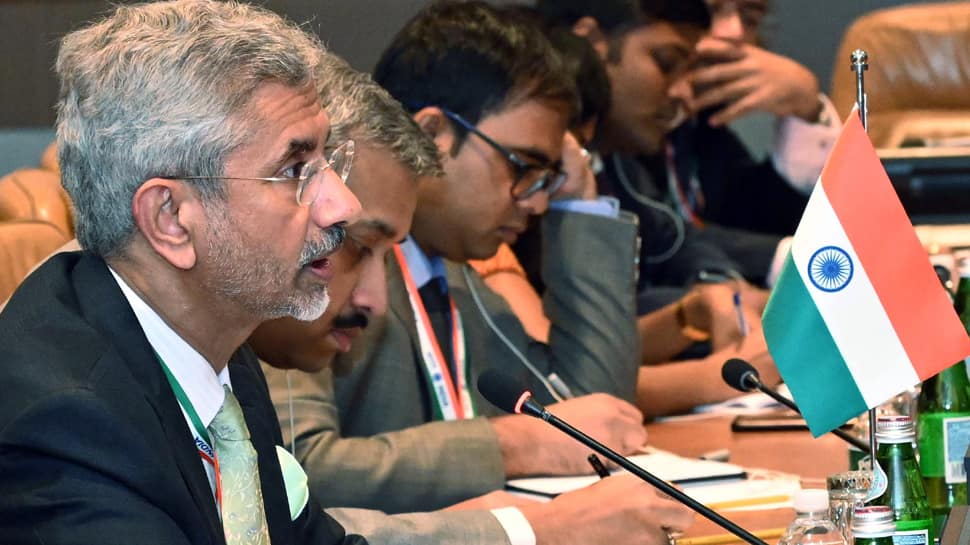 External Affairs Minister (EAM) S Jaishankar asserted that Kashmir was "in a mess" before the Centre decided to end the special status granted to Jammu and Kashmir under Article 370.

Speaking at an interactive session in New York, the US, the EAM said that many restrictions in the region have been rolled back, landlines and some mobile towers have been restored and economic activity has resumed. He added that they were implemented in the first place to prevent the loss of lives. He spoke in the event where Prime Minister Narendra Modi and other world leaders were gathered for the United Nations General Assembly (UNGA) session on Wednesday.

"As many as 42,000 people were killed in the last 30 years. The level of intimidation had reached a height, where senior police officers were lynched on the streets of Srinagar. Journalists who wrote against separatism were assassinated, military personnel returning home for Eid were kidnapped and killed. So, prior to August 5, Kashmir was in a mess. Difficulties in Kashmir did not start on August 5. It is supposed to be a way of dealing with those difficulties," Jaishankar emphasised.

"We had the experience of 2016 when a self-advertised terrorist cult figure, Burhan Wani, was killed and after that, there was a spike in violence. Our intention was to manage the situation (after the Article 370 decision) without the loss of life and restrictions were there to do that," he said at the interactive session with Frank G. Wisner, a former US Ambassador to India.

He explained how Jammu and Kashmir acceded to India after the country gained freedom in 1947 and the drafting of Article 370.

"The situation in Jammu and Kashmir was peculiar for a number of reasons as it was a border state but also they were themselves under attack at that time. They had the desire to extend the period of alignment with the rest of India in terms of the application of laws. The Constituent Assembly recognised that it was a special case at that time," he said.

"The only temporary article of the Constitution was drafted, which was called Article 370. At that time, it was numbered as 306A. After the Constitution was adopted, there was a series of presidential proclamations under that article which started aligning the state. In the last 70 years, you had 54 of these presidential proclamations," Jaishankar explained.

The presidential proclamations were very rapid in the initial years, he said, and there was a climate of intimidation and separatism in Kashmir.

"You did not have the economic activity in Jammu and Kashmir as compared to the rest of India. There were fewer job opportunities and there was a more sense of alienation, separatism. The state was in socio-economic terms less aligned with India. Hundred important progressive laws of India did not apply to Kashmir," said the EAM.

The temporary provision in the Constitution "allowed a set of the narrow elite to arbitrage Article 370 for monopolising political power and creating a closed loop politics", he added.