The senior BJP leader asserted that he has requested the chief ministers of all the states to protect the students from Kashmir. 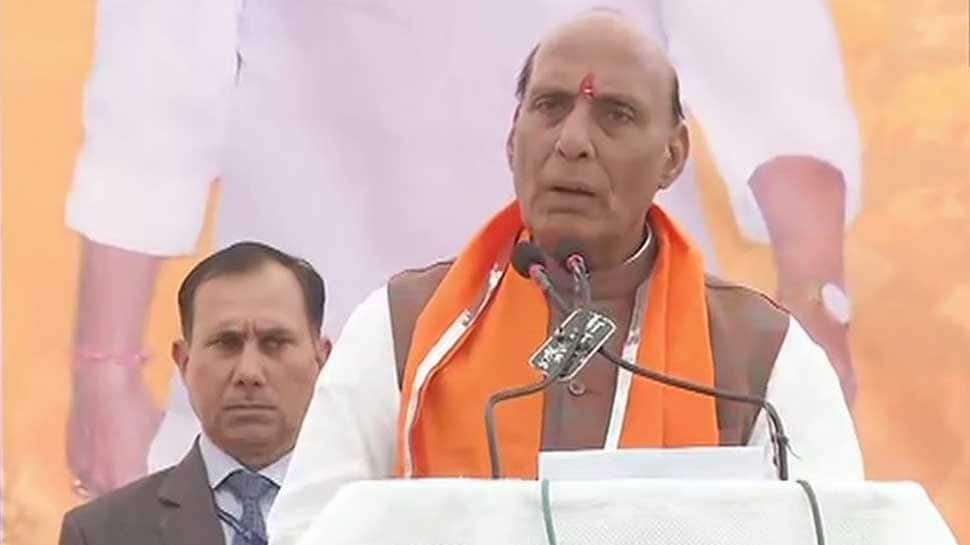 Union Home Minister Rajnath Singh on Friday spoke on the incidents against the students from Kashmir across the country and reiterated that the people of Kashmir are, was and will remain the people of the country.

"Want to convey a message to entire country, heard of a few incidents against Kashmiri children. Kashmiris are, were and will remain our people. Have requested chief ministers of all states that Kashmiri students must be protected and loved," said Singh.

Speaking at Beawar in Ajmer district of Rajasthan, Singh asserted that if somebody conspires and troubles the students of Kashmir then it is the responsibility of the party workers to support them.

Slamming the opposition for seeking proof of the casulaties in the Balakot preemptive strike by the Indian Air Force (IAF), Singh said that those who are war heroes don't count the number of people killed in the strike.

"You ask for the numbers? You want to know how many people were killed? Those who asked for the numbers, I want to tell them those who are war heroes, they don't count the number of people killed. (Arre sankhya poochte ho aap, kitne log maare gaye? Sankhya poochne walo se kehna chahta hun, Jo yudh-veer hota hai, maare gaye logon ki ginti nahi karta hai)," said Singh.

He also said that the IAF pilots were on a mission to destroy the targeted terrorist facility in Pakistan and not to shower petals or go on any pleasure trip.

Singh said that Pakistan's desperation after the Balakot strike in was reasonable, but it is sad that some people in the country are in a shock and asking for proof of its success.

"IAF pilots had targeted terrorist facility based on credible intelligence input to destroy them. The pilots had not entered Pakistan for any pleasure trip or to shower petals," said Singh.

IAF pilots have made Pakistan realise that it would have to pay a heavy price if the terrorists operate from its land, the senior BJP leader said.

"Warriors don't count people killed in war. But the Congress and its friends have a misleading and dangerous stance. They give respect to terrorists such as Osama Bin Laden and Hafiz Saeed by calling them Osama Ji and Hafiz Ji," Singh said.

He said that such people do not have clear policy and intention on terrorism. All political parties should stand united to tackle terrorism. "Our army jawans have achieved victory by eliminating terrorists on foreign land thrice in the past five years," Singh said.

IAF carried out an air strike in Pakistan's Balakot in February following the Pulwama terror attack in which 40 CRPF personnel were killed.