Richard Tong'i, who was then a student of management studies at a college in Aurangabad during 1985-89s, is an MP in the Kenyan Parliament.

NEW DELHI: In a very heart-warming development, a Kenyan national, who is now an active politician in the African nation, came back to India after 30 years just to repay a debt of Rs 200.

According to reports, Richard Tong'i, now an MP from the Nyaribari Chache constituency in Kenya, recently came to the historic city of Aurangabad in Maharashtra to repay a loan of Rs 200 taken from Kashinath Gawli nearly 30 years back.

For 70-year-old Kashinath Gawli, it was probably the biggest shock of his life, when he found Tong'i knocking at his doorsteps along with his wife Michelle.

Septuagenarian Gawli, who had completely forgotten Tong'i, was initially unable to recall his face, but when he was reminded of the old times and how he helped the African national - then a young management student – the old man's joy knew no bounds.

"I could not believe my eyes," Gawli said.

The visitor – Richard Tong'i - was then a student of management studies at a local college in Aurangabad during 1985-89. During his studies, Richard came in contact with the Gawli family.

Richard's bonding with the Gawli family became very stronger soon. Since he came from a poor family, he used to get help from the Gawli family, which ran a grocery shop back then. 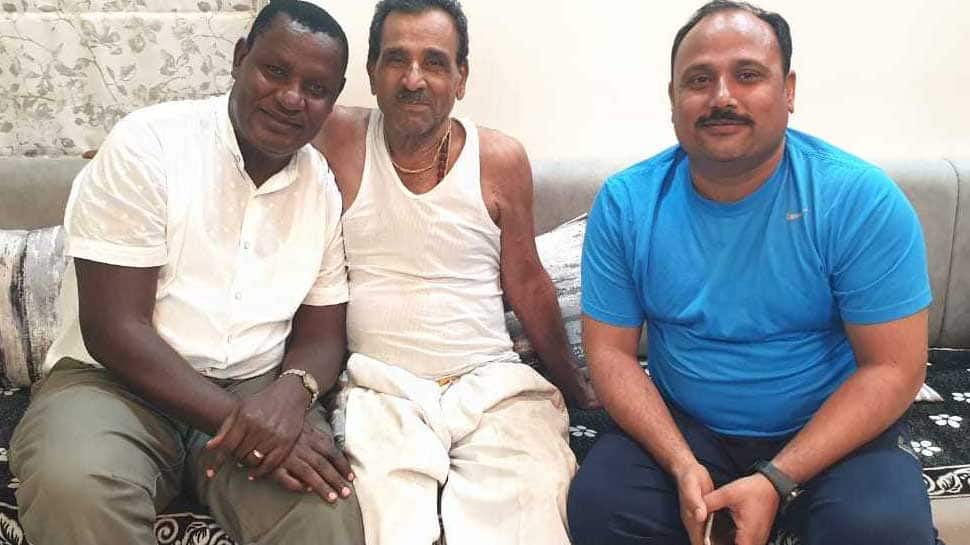 The Gawlis and Richard used to live in the Wankhedenagar locality then.

"As a student in Aurangabad, I was at my lowest point, when these people (Gawlis) helped me. Then I thought that someday, I will come back and (re)pay. I want to say thank you. This is so emotional for me," Richard said while speaking to the media.

After returning to his homeland, Richard became very active in politics and subsequently became a Member of Kenyan Parliament from the Nyaribari Chache constituency.

He used to travel to India in past but could not fulfil his desire of meeting the Gawlis to repay the old debt due to his hectic schedule and other official engagements.

But this time when he travelled to India, Richard decided to meet the Gawli family to express his gratitude to them.

"God bless the old man (Gawli) and his children. They were wonderful to me. They wanted to take me to a hotel for a meal but I insisted that we should eat in their house," he said.

Before leaving Aurangabad, the Kenyan MP also invited the Gawli family to visit his country.