Kerala Governor Arif Mohammed Khan said in a series of tweets that historian Irfan Habib and some others tried their best to stop him from speaking about Citizenship Amendment Act during the IHC. 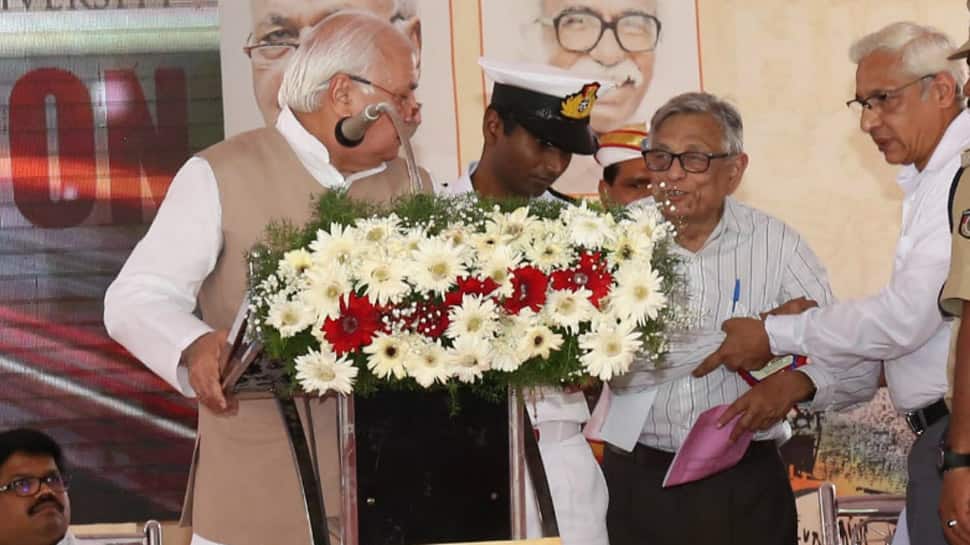 In a bizarre incident, Kerala Governor Arif Mohammed Khan was on Saturday (December 28) heckled by well-known historian Irfan Habib when Khan was delivering his inaugural address at the Indian History Congress (IHC) at Kannur in Kerala. Governor Khan said in a series of tweets that Habib and some others tried their best to stop him from speaking about Citizenship Amendment Act during the IHC.

"Inaugural meet of Indian History Congress does not raise controversies. But at the 80th session at Kannur University, Shri Irfan Habib raised some points on CAA (Citizenship Amendment ACt). But, when Hon'ble Governor addressed these points, Sh. Habib rose from seat to physically stop him," the Kerala Governor's official Twitter hand said in a tweet.

Inaugural meet of Indian History Congress does not raise controversies. But at 80th session at Kannur university, Shri Irfan Habib raised some points on CAA. But, when Hon'ble Governor addressed these points, Sh.Habib rose from seat to physically stop him, as clear from video pic.twitter.com/mZrlUTpONn

Besides Habib, some delegates and students also protested against Governor Khan and the protests were held both inside and outside the IHC venue. It is to be noted that Governor Khan was the Chief Guest at the function. Trouble started when during his address the Kerala Governor started talking about the ongoing protests against the Citizenship Amendment Act (CAA). Habib interrupted Governor Khan and raised from seat asking the Governor not to quote freedom fighter Maulana Abul Kalam Azad and rather quote Gandhiji's assassin Nathuram Godse.

"You have every right to protest. But you cannot shout me down", Governor Khan said to Habib and others who joined in the protests. The Governor also said, "When you shut the door for debate and discussion, you are promoting culture of violence."

Talking to media after the event, Governor Khan said that he was not willing to speak on the anti-CAA protests but since some speakers including Habib had mentioned about the protests in their addresses, he decided to respond.

"I would not have spoken on this issue if it had not been raised it. Since you raised it, you are making political statements. I am under oath to protect, preserve and defend the Constitution", Governor said.