The 23-year-old college student, who has been admitted to a private hospital in Kochi, is suspected to have been infected with the Nipah virus but final confirmation is awaited from the National Institute of Virology in Pune. 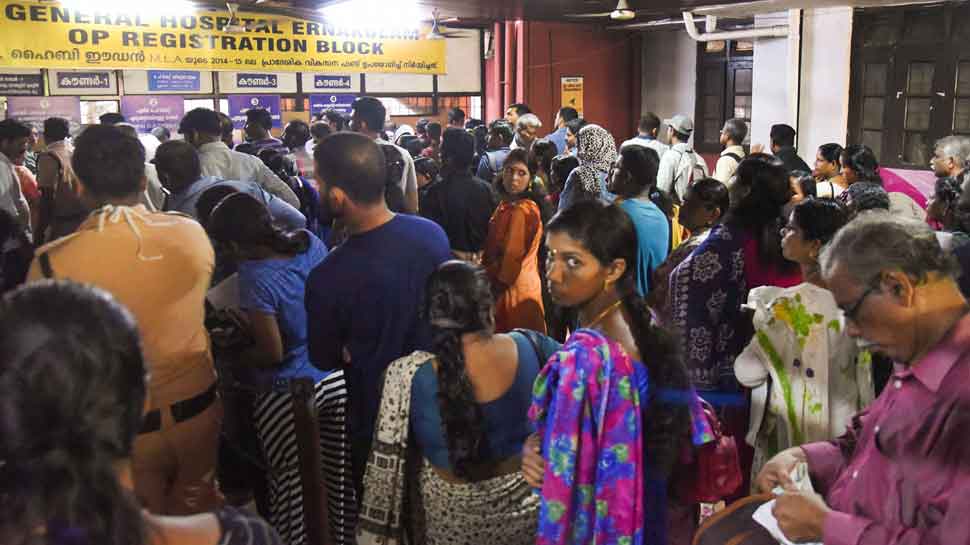 Kochi: The Kerala government Monday said a college student in Kochi is suspected to have been infected with the Nipah virus but final confirmation is awaited from the National Institute of Virology in Pune. Health Minister K K Shailaja said a list of 86 people who have interacted with the student has been prepared and they were under medical observation.

The Kerala Health department has initiated precautionary measures to deal with the possible outbreak of Nipah virus.

Shailaja said in Thiruvananthapuram the 23-year-old college student, who has been admitted to a private hospital in Kochi, is suspected to have been infected with the Nipah virus but final confirmation is awaited from the National Institute of Virology in Pune.

She said isolation wards have been set up at the Kalamassery Medical College Hospital in Kochi. The minister rushed to Kochi after briefing Chief Minister Pinarayi Vijayan about the development.

She chaired a high-level meeting with top health officials and people's representatives to review the situation.

Addressing the media after the meeting, she said the samples were sent to the State Institute of Virology and Infectious Diseases in Alappuzha for examination and it was found that the student was infected with a virus having similarities with Nipah.

The final confirmation from the National Institute of Virology in Pune is expected tonight, she said.

Instilling confidence among the people, the minister said there was no need for any concern and the government, which successfully battled the Nipah outbreak in Kozhikode and Malappuram districts last year, was fully capable of dealing with the situation.

The minister appealed to social media users not to create panic among the public.

Medical experts from Kozhikode have already reached Kochi and there are enough medicines and medical equipment to deal with the situation, she said.

Health workers are being imparted training in case the test in Pune institute is positive and more cases are reported.

She said a list of 86 people the student had come in contact with has been prepared. They were under observation and will report to the nearest medical facility if they develop influenza-like symptoms like fever, headache, myalgia (muscle pain), vomiting and sore throat, she said.

No such complaints have been reported from them so far, the minister said.

Although the state government is awaiting a report from the Pune Institute to confirm if the student has contracted the Nipah virus, the Health department in the state has geared up to deal with a possible outbreak.

A control room has been opened in Ernakulam district headquarters.

Earlier, a meeting of officials of the Health Department and Ernakulam district authorities, chaired by Principal Secretary (Health) Rajan Khobragade, reviewed the situation. A senior district health official said doctors informed them that the student had taken food in the morning and is responding to treatment.

A facility to quarantine patients with suspected symptoms has been arranged at Kalamassery Medical College Hospital. Health authorities in Thrissur said the student, who was suffering from fever, had sought medical assistance at two private hospitals in Thrissur city when he had come to Kochi for a training programme recently as part of his course.

He is studying in Thodupuzha in Idukki district. Thrissur district medical officer Dr Reena said the student was in Thrissur only for four days and had been suffering from fever. There were 16 other students with him and six of them, who came in direct contact with him, were under observation. Besides, the people who had come in contact with the student were also under watch, the DMO said.

Officials said the family and neighbours of the young man, who hails from Ernakulam district, and the college in Thodupuzha, where he is studying, were also under observation.

The Health Minister said there was no need for people to panic as the government has taken all precautionary measures and asked private hospitals to inform them if suspected cases were reported.

Chief Minister Pinarayi Vijayan said the government was taking precautionary steps and monitoring the situation. The chief minister also asked people not to indulge in a fake campaign about the Nipah virus on social media.

On May 19, 2018, Nipah virus disease (NiV) outbreak was reported from Kozhikode in Malappuram district.

As per state government figures, the Nipah virus had claimed 17 lives -- 14 in Kozhikode and three in neighbouring Malappuram in May last year.

According to the WHO, Nipah virus is a newly emerging disease that can be transmitted from its reservoir (natural wildlife host), the flying foxes (fruit bats), to both animals and humans. It takes its name from Sungai Nipah, a village in Malaysia where it was first identified.

This can be followed by dizziness, drowsiness, altered consciousness, and neurological signs that indicate acute encephalitis. Some people can also experience atypical pneumonia and severe respiratory problems, including acute respiratory distress. Encephalitis and seizures occur in severe cases, progressing to coma within 24 to 48 hours.

Last year, the WHO had said, "In the outbreak in Kerala, we are seeing patients with encephalitis, myocarditis and acute respiratory infection.