It is learnt that terror groups Babbar Khalsa and Khalistan Zindabad Force are in touch with their Pakistani handlers to smuggle weapons inside Punjab. 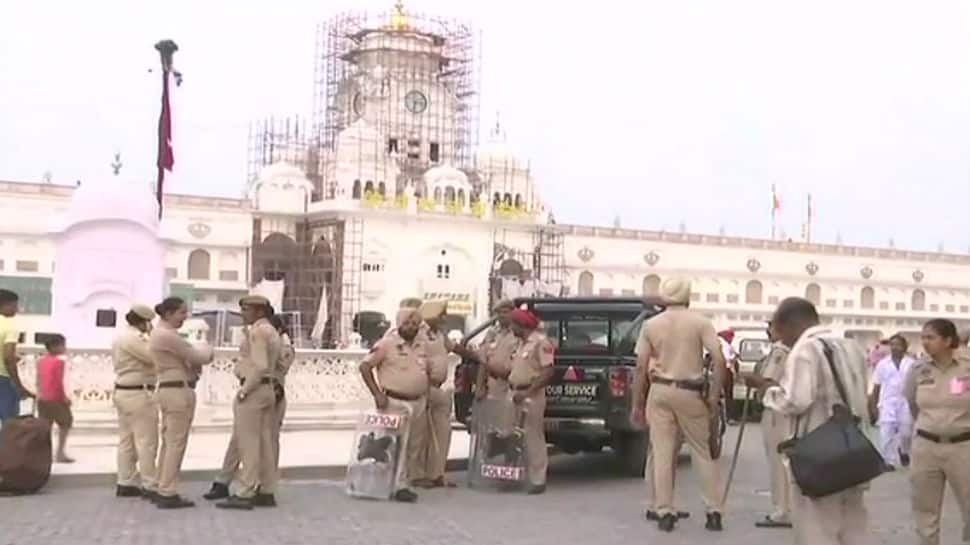 A big meeting of Khalistan-backed terrorists was held recently in Pakistan to chalk out plans to execute terror attacks in India, intelligence agencies sources told Zee Media. Sources in intelligence agencies said that the Khalistani terrorists have increased their efforts to smuggle weapons in Punjab from Pakistan to launch terror attacks in Punjab.

It is learnt that terror groups Babbar Khalsa and Khalistan Zindabad Force are in touch with their Pakistani handlers to smuggle weapons inside Punjab. Intelligence sources said that the movement of Khalistan-backed groups was also noticed in Rajasthan and Haryana.

The government has taken cognizance of the intelligence input and has ordered the Border Security Force, National Investigation Agency, RAW and IB to closely monitor the activities of Khalistan-backed terrorists.

The security agencies have also increased monitoring the areas near Punjab border in order to foil the smuggling of weapons inside the state. The intelligence agencies are also trying to gather information about the terror camps where the Khalistan-backed terrorists are undergoing training to unleash mayhem in India.

On Wednesday (December 25), intelligence agencies had said that banned terror group Jaish-e-Mohammad (JeM) is planning terror attacks in Uttar Pradesh's Ayodhya. Intelligence sources told Zee Media that a message of JeM chief Maulana Masood Azhar has been intercepted by intelligence agencies and the message sent via chatting app Telegram has revealed that Pakistan-based terror group is planning to execute attacks in Ayodhya. It is to be noted that Telegram is widely used by JeM and other terror groups for communication.

Last Solar eclipse of 2019 begins: When and where to watch