After visiting Kumar, a 2006 batch IPS officer, Rijiju said the brave officer is "out of danger now". 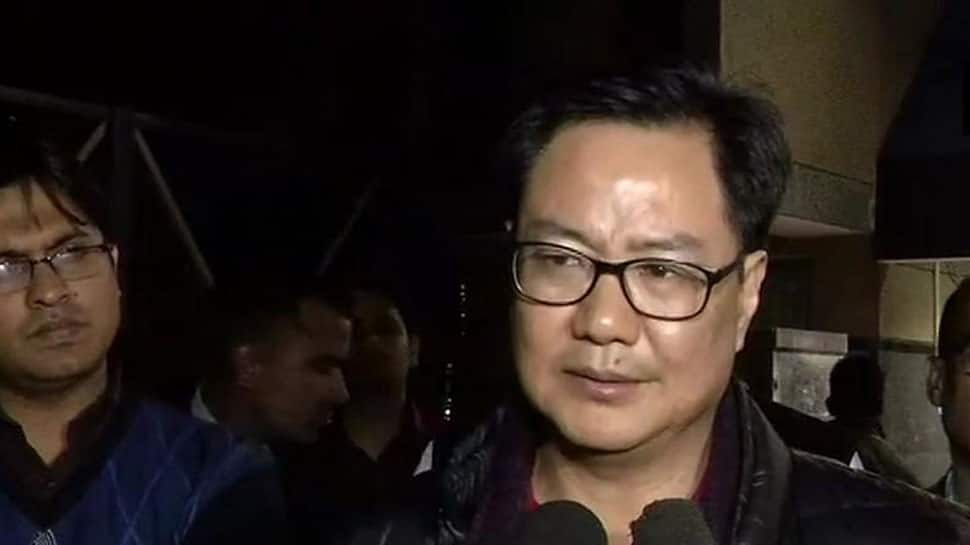 New Delhi: Union Minister Kiren Rijiju on Saturday visited the AIIMS Trauma Centre in the national capital to enquire about the health of Jammu and Kashmir Police DIG Amit Kumar, who was admitted after sustaining injuries during an encounter recently.

After visiting Kumar, a 2006 batch IPS officer, Rijiju said the brave officer is "out of danger now". "He was badly hit by a bullet fired by terrorist during a counter-terror operation in Pulwama on February 18 in which 3 dreaded terrorists were killed," the Union minister of state for home tweeted.

Kumar, posted as DIG, South Kashmir in Anantnag, of the Jammu and Kashmir Police, was injured in a fierce encounter between terrorists and security personnel.

The officer was first shifted to a local Army hospital in Kashmir before being shifted to AIIMS.

Forty CRPF personnel were killed and five injured on February 14 in one of the deadliest terror attacks in Jammu and Kashmir when a Jaish-e-Mohammad suicide bomber rammed a vehicle carrying huge quantity of explosives into their bus in Pulwama district.