Hundreds of people can be seen flying kites from the terraces of their buildings in the twin cities of Hyderabad, Secunderabad and outskirts. 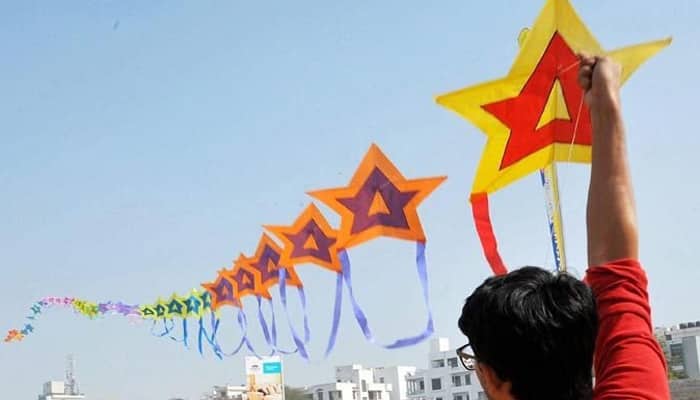 Hyderabad: Kite-flying claimed two lives and left a boy critically injured in separate incidents over the past two days in Hyderabad, police said on Tuesday. A 11-year-old boy died after accidentally falling from the terrace of a three-storey building on Monday. A police officer said Syed Junaid Quadri sustained critical injuries and was shifted to a hospital where he succumbed. The incident occurred in Ameen Mandi area.

In a similar incident on the same day, Mohammed Abdul Rahman, 9, sustained critical injuries after he fell from the first floor of his house in Nampally area while flying a kite. Police said the boy was admitted to hospital.

A 27-year-old youth also fell to his death while flying a kite on the terrace of his house in Warasiguda area on Sunday. Syed Khalid, who got married six months ago, lost his balance and fell on the compound wall of an adjacent building.

Youth and children take to kite-flying during the Sankranti holidays. Hundreds of people can be seen flying kites from the terraces of their buildings in the twin cities of Hyderabad, Secunderabad and outskirts.

Hyderabad Police Commissioner Anjani Kumar has denied that he has imposed any blanket ban on kite-flying. He clarified that the notification issued by him restricted kite-flying only on thoroughfares and around places of worship to prevent any untoward incident.

Boys outshine girls when it comes to Maths, says ASER 2018