The Karnataka State Road Transport Corporation (KSRTC) has honoured ‘Lake Man’ Kaamegowda who is believed to have constructed 16 ponds at his native village. 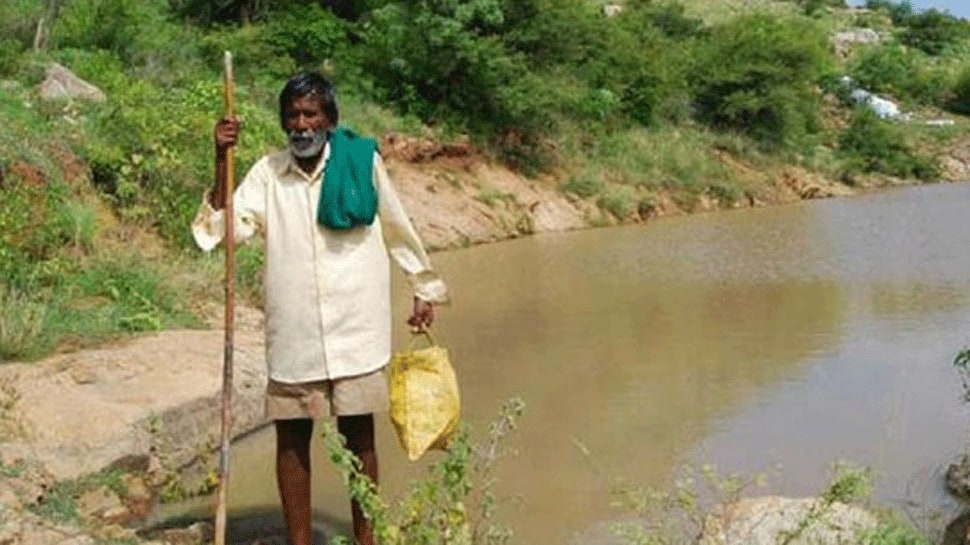 Bengaluru: The Karnataka State Road Transport Corporation (KSRTC) has honoured ‘Lake Man’ Kaamegowda who is believed to have constructed 16 ponds at his native village during his lifetime.

Confirming the development, Shivayogi C Kalasad (IAS), Managing Director, KSRTC, said, "Lifetime Free Bus pass for "Man of  Lakes" Kamegowde, to travel in all class of service of KSRTC buses. Kamegowda's unique environmental concerns and achievements is cited by the Prime Minister, during his "Man Ki Baat" Program. The Chief Minister, Government of Karnataka, too has appreciated his exemplary achievement and directed to issue a free bus pass to Kamegowde. His contribution is immense, wonderful and replicatory. To recognise his yeoman service permitted with to issue lifetime free bus pass to travel in KSRTC buses.

Prime Minister Narendra Modi had recently heaped praise on the 84-year-old man for his dedication in constructing ponds and his selfless service to the humanity in his popular radio show ‘Mann Ki Baat’.

“He has achieved a personal feat that will leave anyone awestruck! Kamegowdaji, aged 80-85 takes out his animals for grazing but at the same time he has taken it upon himself to build new ponds in his area,” PM Modi had said in his radio address ‘Mann Ki Baat’.

Kamegowdaji, who became famous as ‘Lake Man’ had only one desire, that was to get a free bus pass so that he can travel and visit temples in neighbouring districts of the state.

His wish was granted by KSRTC which issued him a lifetime free bus pass.

Kaamegowda, who hails from Dasanadoddi village in Malavalli taluk of Mandya district, has constructed 16 smaller ponds at Kundinibetta, a hillock at his village, helping fellow shepherds and animals.

Though he never expected any award or reward for his work, he was felicitated by the Karnataka government in 2018 with the Rajyotsava Award. While receiving the award, Kaamegowda opened up about his desire for a free bus pass.

He is also the recipient of Basavashri Award. He spent the award money on his lake mission. During an interaction with Union Jal Shakti Minister Gajendra Singh Shekhawat, the Lake Man requested him to fund and facilitate the interlinking of his lakes.

Assuring full support to the 84-year-old farmer, the Union Minister asked Karnataka Chief Minister BS Yediyurappa for all possible assistance in this regard.