Though the 'Kinnar Akhada' will remain a separate 'Akhada', it has decided to participate with 'Juna Akhada' for the event at Kumbh. 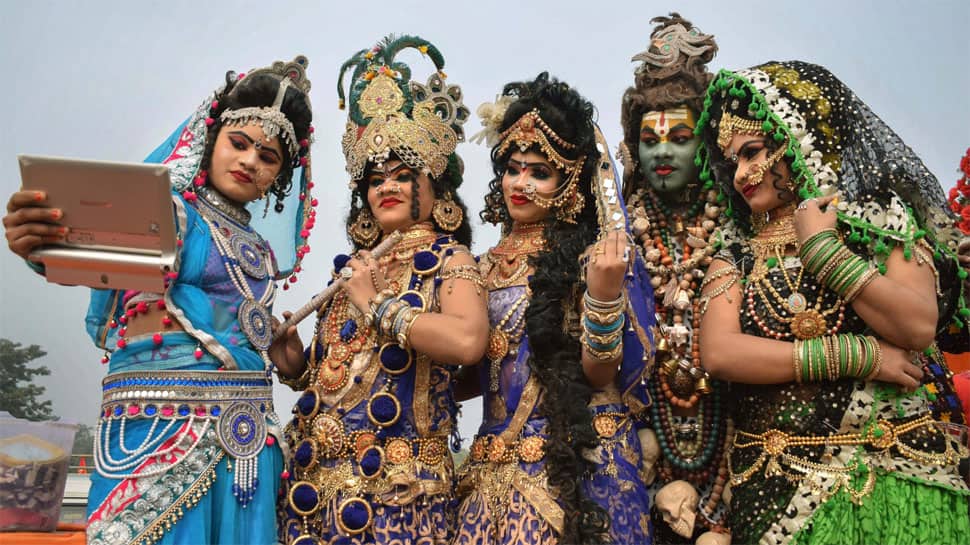 PRAYAGRAJ: The 'Kinnar Akhada' formally joined the 'Juna Akhada' on Sunday to participate in the 'Shahi Snan' in the Kumbh Mela at Prayagraj.

The 55-day long Kumbh Mela is scheduled to start on January 15 and will end on March 4.

Tripathi appeared quite happy while talking about the debut of her at Kumbh - which is touted as the biggest congregation of pilgrims. "For me, it is a wonderful situation to come to this divine Prayagraj Kumbh. For me, we are one of the most conservative societies in the world where the acceptance of the third gender is remarkably outstanding. For us, this participation is about mainstream society accepting us. This is Akhada beyond sexuality. The creator is within us and once we perish we will go back to him. Our doors are open for all," she added.

It is expected that around 12 crores pilgrims and tourists would arrive in Prayagraj during the Kumbh. Massive security arrangements are in place.

The event is held in the month of Magh of Hindu calendar. At Prayagraj Kumbh Mela is held after every 6 years and Maha Kumbh is organised after every 12 years. Earlier they were known as Ardh Kumbh and Kumbh, but this year it was decided by the Uttar Pradesh government that the Ardh Kumbh will be known as Kumbh and Kumbh as Maha Kumbh. The exact dates of bathing during Kumbh are determined according to Hindu astrology.

The Prayagraj district administration has closed all educational institutions, up to class 12, for three days from January 14-16. The entry of buses into the city has been restricted and makeshift bus stations have been developed at all seven entry points of Prayagraj town. Different airlines have started air connectivity from major cities including New Delhi, Kolkata, Nagpur, Bhopal, Dehradun, Indore, Bengaluru, Ahmadabad, and Lucknow to Prayagraj. This year the event is spread over in 3, 200 hectares of land, about 700 hectares more when compared to 2013 Maha Kumbh.