The bail plea was heard in the Patiala House Court on Monday. 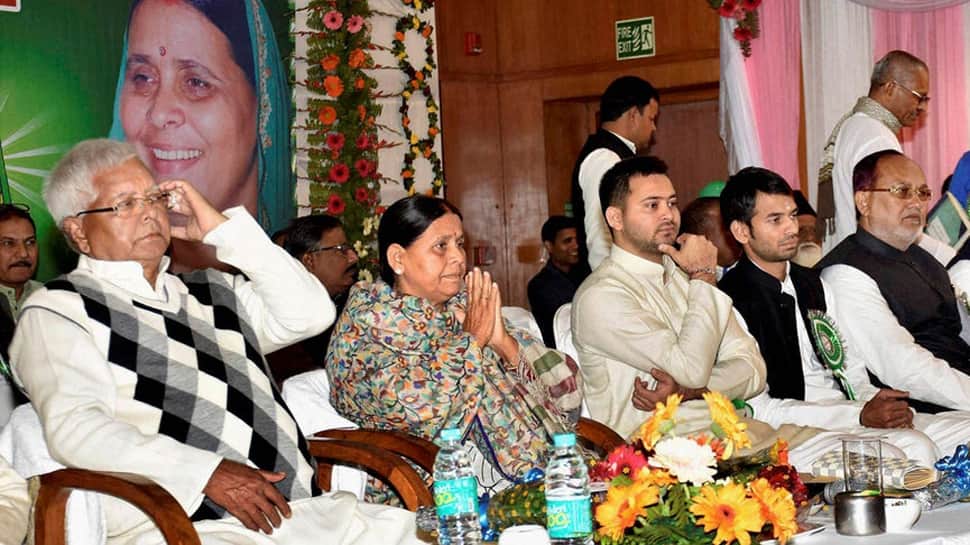 NEW DELHI: Former Bihar chief minister Lalu Prasad Yadav, his wife Rabri Devi and son Tejashwi along with others have been granted regular bail in connection with a money laundering case in the Indian Railway Catering and Tourism Corporation (IRCTC) scam. The bail plea was heard in the Patiala House Court on Monday.

The bail regular bail was granted on a personal bond of Rs 1 lakh surety each. The next date of hearing in the case is 11 February. The court had earlier granted them an interim bail till Monday.

After getting bail, Tejashwi said he was confident that they will justice in the case. "We trust the judiciary," he said.

The cases relate to alleged irregularities in granting the operational contract of two IRCTC hotels to a private firm. The CBI had filed the chargesheet in the case on April 16, 2018 and it had said that there was enough evidence against Lalu, Rabri, Tejashwi and others.

Besides Lalu Prasad and his family members, the CBI had also named former Union minister Prem Chand Gupta and his wife Sarla Gupta, Agarwal, then managing director of IRCTC PK Goyal and then IRCTC director Rakesh Saxena in the chargesheet.

The RJD supremo is currently serving a sentence in the fodder scam.