Lalu Prasad Yadav's elder son Tej Pratap Yadav is known for dressing up as Hindu gods and on Tuesday Tej did it again as he dressed up as Lord Shiva to offer prayers at a temple in Patna, Bihar. 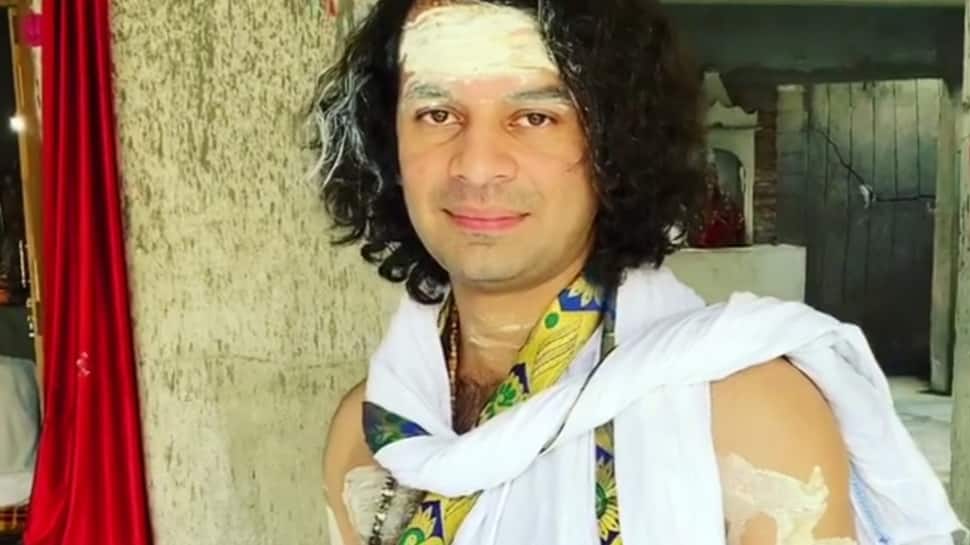 Lalu Prasad Yadav's elder son Tej Pratap Yadav is known for dressing up as Hindu gods and on Tuesday Tej did it again as he dressed up as Lord Shiva to offer prayers at a temple in Patna, Bihar.

It is to be noted that this is month of Saavan and this month is dedicated to the worship of Lord Shiva. During Saavan, Kanwariyas carry holy water from the Ganga to offer to Lord Shiva and it seems that Tej Pratap, who is a Shiva devotee, is also preparing for the yatra. In Bihar, kanwarias walk all the way from Sultanganj to Jharkhand's Deoghar.

In an apparent effort to perfect Lord Shiva's look, the RJD leader wrapped up himself in a white dhoti and a fabric with tiger skin-like look on his waist. Tej Pratap also applied ash on his hands, forehead and chest and was also wearing a traditional Hindu rosary (rudraskh) around his neck

This is not the first time that Tej Pratap has dressed up as a Hindu god. The RJD leader is fascinated with two gods; Krishna and Shiva. His fondness for stems from the fact that he belongs to Yadav community and Krishna was raised by a Yadav couple before he revealed to the world that he is the god.

Tej Pratap is fascinated with Shiva because Shiva has been Lalu Yadav's favourite go-to deity. Lalu had once said that Lord Shiva appeared in his dream one night and asked him to stop eating meat. Since then he has never touched meat.

Tej Pratap had dressed up as Lord Shiva in 2018 to offer prayers at temple in Patna. The video of Tej Pratap offering prayers with a damru in his hands had gone viral and he was also trolled for it.