Landfill in Delhi transformed into park with replicas of world's wonders 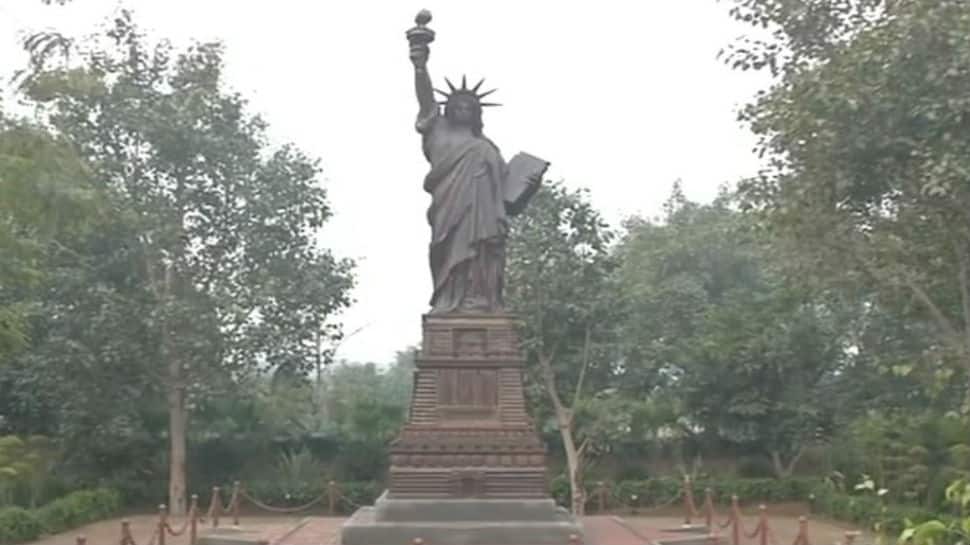 New Delhi: Taj Mahal, Statue of Liberty, Eiffel Tower, Pyramid of Giza and the Colosseum - a park in Delhi showcases replicas of all. And while the replicas may not be as majestic as the real wonders from around the world, it is still quite amazing that this area near Sarai Kale Khan was previously a landfill site strewn with only garbage and stray animals.

The credit for transforming the landfill into a beautiful park - called Seven Wonders of the World - goes to the South Delhi Municipal Corporation. The area was once home to tonnes of garbage with only stray animals and trucks laden with wastes as regular guests. Soon, however, the park will welcome people at large to enjoy a clean and green urban oasis that provides a quick tour of the world's wonders.

News agency ANI reported that SDMC made use of scrap materials from the landfill to create replicas of wonders from around the world. While not currently open for the public, there is a proposal to charge a basic entry fee of Rs 20 for maintenance of the area.

The park has replicas of the Taj Mahal, the Eiffel Tower, the Statue of Liberty, the Leaning Tower of Pisa, Christ the Redeemer statue, the Great Pyramid of Giza, and Rome's Colosseum. #Delhi pic.twitter.com/O7cHYMD8Hs

Many are hailing the initiative and the efforts put in at a time when Delhi has been battling rising air pollution and shrinking green spaces. Landfill sites serving the city too are filling up quickly due to increasing population. Under such circumstances, the SDMC hopes that their new park can serve as an example of how to convert landfills into areas for citizens to relax and unwind.