The Winter Session of Parliament will come coming to an end on Wednesday. 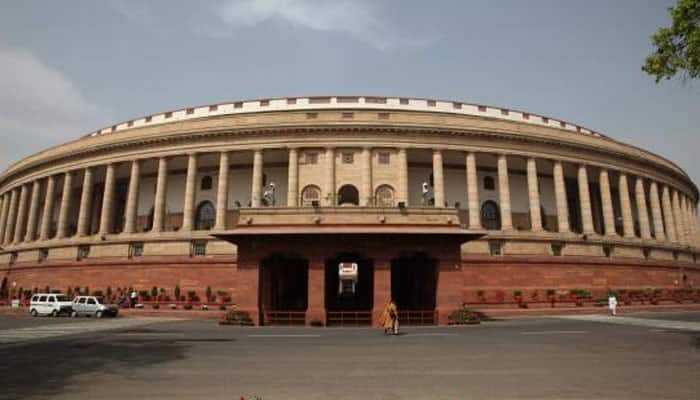 NEW DELHI: The Narendra Modi government, which is keen to get parliamentary approval for the Triple Talaq Bill, will table it in the Rajya Sabha on Wednesday.

The Triple Talaq Bill was passed in the Lok Sabha on December 27 last year with 245 votes in favour and 11 against the Bill.

The opposition parties want the Bill to be sent to the Select Committee of Parliament for further vetting - a demand rejected by the Centre.

However, an ordinance was re-promulgated in January this year as the revised Bill could not be passed in the Rajya Sabha where the government lacks a majority.

The Bill criminalises the practice of instant triple talaq with a provision of three years imprisonment to the erring husband.

The issue of triple talaq was taken up in the Parliament in August last year after a five-judge bench of the Supreme Court ruled "unconstitutional" a practice that allows Muslim men to divorce their wives simply by uttering "talaq" three times in quick succession.

In a landmark 3-2 verdict, the apex court found the practice un-Islamic and "arbitrary", and disagreed that triple talaq was an integral part of religious practice.

Meanwhile, the Citizenship Amendment Bill, seeking to provide citizenship to non-Muslims migrants from Afghanistan, Pakistan and Bangladesh is also expected to be tabled in Rajya Sabha on Wednesday amidst ongoing protest in Northeast.

With the Winter Session coming to an end on Wednesday, the Centre will try to give one last push so that the bill gets the Upper House nod.

The Bill has created a furore in Mizoram and kicked up a storm in the northeast. Indigenous people of the region are afraid that identity would be lost if the Bill was enacted.

The civil societies are apprehending that the Bill would endanger the very existence of the sons of the soil - Mizos - as citizenship to around 1 lakh Buddhist Chakmas from Bangladesh would be granted.

On Tuesday, an indefinite curfew was imposed in Manipur capital Imphal and mobile internet services suspended till February 16 across the state in view of the continued protests against the Citizenship (Amendment) Bill. The state capital straddles Imphal East and Imphal West districts.