Indian Navy and Indian Air Force (IAF) has the Israeli Derby BVRAAM in their arsenal and the Tejas developed for the air force has already test-fired and integrated the missile. 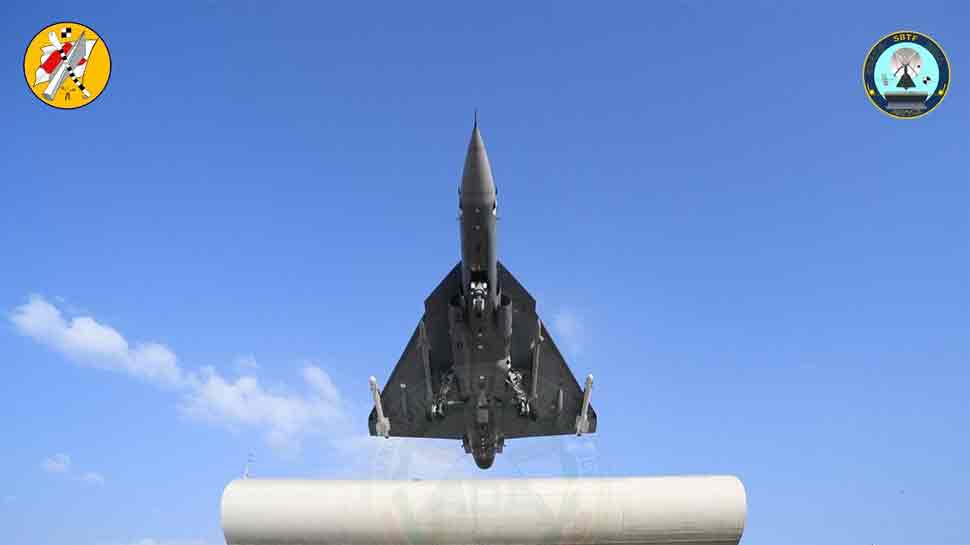 New Delhi: In yet another milestone, the naval version of India's indigenous Light Combat Aircraft Tejas on Friday (November 29, 2019) took off from the Shore Based Test Facility INS Hansa, Goa armed with four missiles. Announcing the launch of the armed Tejas, the Defence Research and Development Organisation (DRDO) revealed that the supersonic combat aircraft was carrying two Beyond Visual Range Air-to-Air missiles (BVRAAM) and two Close Combat missiles (CCM)

While the BVRAAMs carried by the LCA Navy was Derby from Israel, the CCM was the Russian R-73. Indian Navy and Indian Air Force (IAF) has the Israeli Derby BVRAAM in their arsenal and the Tejas developed for the air force has already test-fired and integrated the missile.

Tweeting the photo of the LCA Navy Tejas taking off from the ski-jump at SBTF INS Hansa, the DRDO called it "one more step in launch capability expansion for LCA Navy." Indian Navy aircraft carrier INS Vikramaditya, the only one of the arsenal currently,  has ski-jumps to assist fighters take-off from the warship.

The LCA Navy Tejas had on September 29, 2019, successfully launched and made an arrested landing in a single sortie at the SBTF INS Hansa, revealing its progress towards a full-fledged and indigenous carrier-based fighter. The Ministry of Defence had called the launch and landing "a seminal achievement". "Being a pioneering technology acquisition and demonstration program for the unique Short Take-Off but Arrested Recovery (STOBAR) concept of aircraft operations, the LCA (Navy) team has had to conceptualise and experiment with complex software modes from a clean slate. All this had to be done while tentatively exploring and incrementally expanding the structural capabilities of the aircraft to withstand the brutal requirements of carrier operations."

"The exploratory nature of this stage of the programme necessitates experimentation with multiple software options and hardware configurations. These include multiple configurations of aerodynamic surfaces, different flight control strategies, avionics tools, and display symbols to ease the piloting task, multiple iterations to the “mechanicals” (dampers/structural members/contact points), etc," the statement added.

The IAF version of Tejas had test-fired the Derby for the first time on May 12, 2017, at the Interim Test Range (ITR), Chandipur in Odisha. The missile, with look-down/shoot-down capability along with fire and forget mode, is an active radar air-to-air missile that can be launched to destroy a target day or night and in all weather conditions.

Indian Navy first inducted the Derby missile almost 10 years ago for the Sea Harrier fighters, but the aircraft has been retired and the force currently operates the Mikoyan-Gurevich MiG-29K jets.