BENGALURU: After more than three-and-half decades it was conceptualised, the indigenous Light Combat Aircraft Tejas is finally battle ready. Tejas Mark 1 (Mk1) got the Final Operational Clearance (FOC) on the first day of Aero India 2019 at the Yelahanka Air Force base on Wednesday.

The setting sun provided the perfect setting for the ceremony to hand over the FOC certificate and documents to Chief of India Air Force Air Chief Marshal Birender Singh Dhanoa, who called the aircraft "battle ready".

Pointing out that the LCA Tejas was "ready" and has "behaved like a true fighter" during the mega exercise Gaganshakti 2018 and the recently concluded Vayushakti in Rajasthan's Pokhran, ACM Dhanoa said this is the "proof of the pudding".

While setting his sight on the still-in-the-development-stage Tejas Mark 2, the IAF chief expressed his happiness at the FOC for the world's lightest fighter Tejas Mk 1. 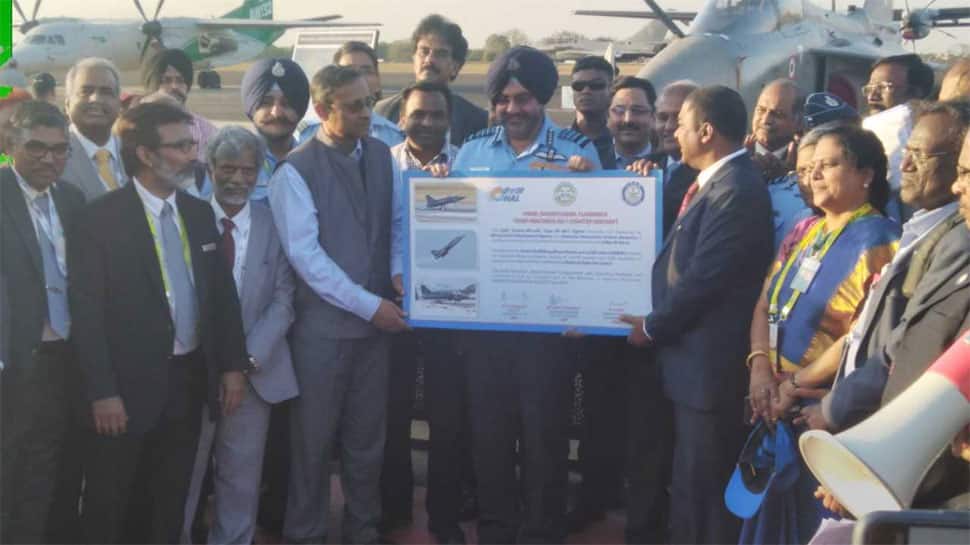 "It's a major milestone today. Tejas has taken part in Gaganshakti 2018 and Vayushakti recently. And it performed extremely well with a high sortie generation rate and the required weapons capabilities. We have got the Tejas Mk 1. Now we need Tejas Mk 2," he said.

The FOC was given after Tejas successfully demonstrated its capabilities in firing the Derby Air-to-Air Beyond Visual Range missile, mid-air refuelling and air-to-ground bombing.