The verbal spat between Shah and Owaisi started when the AIMIM leader and other opposition members started interrupting BJP's Satyapal Singh. 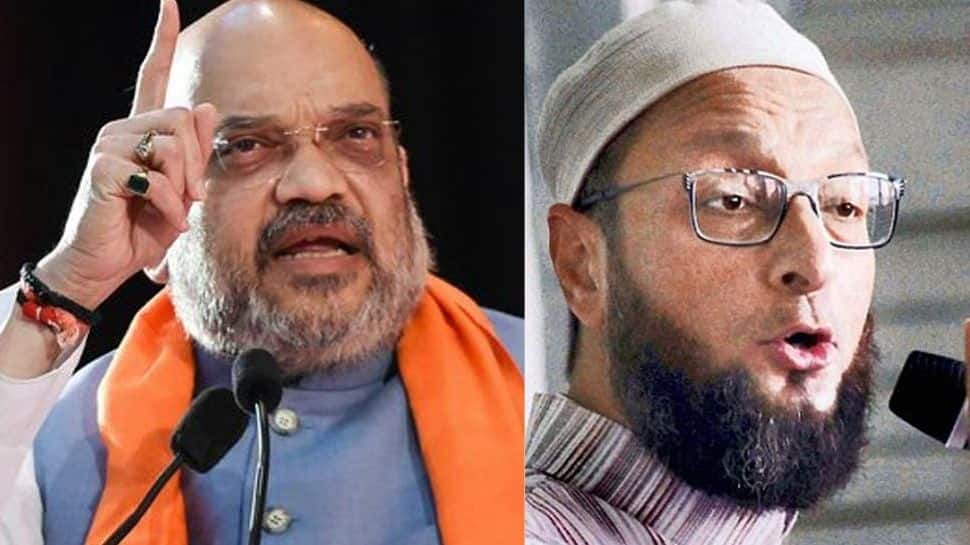 NEW DELHI:  Home Minister Amit Shah entered into a war of words with AIMIM chief Asaduddin Owaisi during a discussion on the National Investigation Agency (Amendment) Bill in Lok Sabha on Monday, with Shah telling the Hyderabad MP that he was not  frightening anyone but cannot do anything if someone has fear in their minds.

The verbal spat between Shah and Owaisi started when the AIMIM leader and other opposition members started interrupting BJP's Satyapal Singh. During the debate, Singh said in Lok Sabha that in the past Hyderabad Police commissioner was once ordered by a political leader of the state to change the course of investigation in a particular case or else he would be transferred to some other place. Singh stressed that he knew this happened because he was Mumbai police commissioner at that time

Owaisi strongly objected to Singh's accusation and demanded that the BJP MP from Baghpat must put on table of the House all records related to this allegation. Shah then took objection to Owaisi's interruption and said that opposition members are allowed by treasury members to complete their speeches without any disturbances by the treasury members and they should also behave in the same manner.

Shah then told Owaisi that he should show patience and listen to others point of view. Shah's warning did not go down well with Owaisi and he asked the BJP president to point a finger at him. Owaisi also said that Shah cannot frighten. To this, the Union Home Minister responded calmly and said that he is not trying to frighten him and just advising the opposition leaders to listen to the counter view. "When you have fear in your mind then what can I do," Shah told Owaisi.

Meanwhile, the Lok Sabha on Monday passed the National Investigation Agency (Amendment) Bill 2019 despite strong protests by opposition parties on the floor of the House. The bill empowers the central anti-terror agency to investigate offences committed outside India as well as mandates the setting up of special courts for such cases.