PM Narendra Modi said that Sushma Swaraj was a fantastic orator who commanded respect and evoked admiration wherever she went. 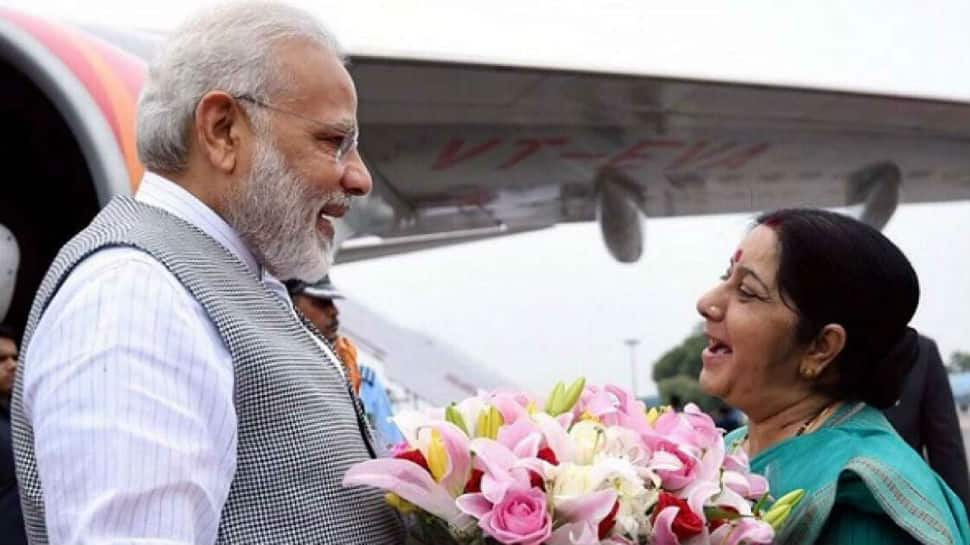 New Delhi: Prime Minister Narendra Modi on Tuesday evening paid rich tributes to the memory of Sushma Swaraj at a condolence meet for the former External Affairs Minister who had died on August 6.

Revealing that he had learnt a lot from her despite she being younger than him, PM Modi said that Swaraj was a fantastic orator who commanded respect and evoked admiration wherever she went. "She was very strong in her opinions and also tried to stay committed to them. Her speeches were not only effective but also very inspiring. She was younger than me but I learnt a lot from her," he said.

Elaborating on an instance when he was to deliver a speech at the United Nations, PM Modi said that Swaraj had made him prepare what he was going to speak the night before. "She told me that India's views have to be put in front of the world and that I cannot just speak my mind. I told her it is difficult for me to read from what I have written. She said no. She sat with me and asked me what I wanted to say. The draft was prepared on the night before the speech and said that one may be a great orator but certain forums have certain decorums. What I mean to say is that what is imperative to say needs to be said."

PM Modi also hailed Swaraj for being a strong figure with a motherly affection towards all. He also said that she would often rely on her Haryanvi origins to make a point with effectiveness. "She was an excellent leader who diligently served India."