Legislation on triple talaq should pass smoothly in Parliament - Here's how

Supreme Court on Tuesday set aside the practice of triple talaq among Muslims. 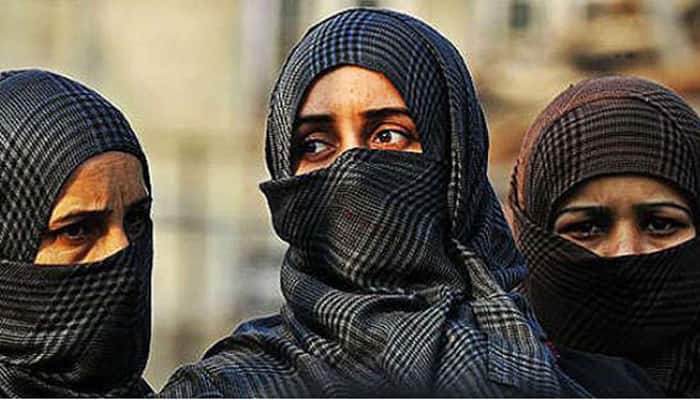 New Delhi: The Supreme Court by a majority verdict on Tuesday set aside the practice of divorce through triple talaq among Muslims.

"In view of the different opinions recorded by a majority of 3:2, the practice of 'talaq-e-biddat' (triple talaq) is set aside," a five-judge constitution bench said in a 395-page order.

While Chief Justice JS Khehar and Justice S Abdul Nazeer were in favour of putting on hold for six months the practice of triple talaq and asking the government to come out with a law in this regard, Justices Kurian Joseph, RF Nariman and UU Lalit held it as violative of the Constitution.

The majority verdict said any practice including triple talaq which is against the tenets of Quran is unacceptable.

The three judges also said the practice of divorce through triple talaq is manifestly arbitrary and violative of the Constitution and must be struck down.

The minority verdict by CJI Khehar and Justice Nazeer, which favoured keeping on hold the practise of triple talaq for six months, asked the political parties to set aside their differences and help the Centre in coming out with a legislation.

The judges in the minority verdict said that if the Centre does not bring a law within six months, then its injunction on triple talaq will continue.

CJI Khehar and Justice Nazeer in their minority verdict expressed hope that the Centre's legislation will take into account the concerns of Muslim bodies and the Sharia law.

A bill on the same should pass easily in the Lok Sabha. The BJP-led NDA government has an absolute majority in the 545-member Lower House.

If the merged factions of AIADMK join the NDA, then numbers game could change as it has 11 members in the Rajya Sabha.

Mehbooba Mufti's PDP's has two Rajya Sabha members and it cannot be said for sure if they will back the bill.

But if the Congress-led UPA, supports the bill, then it will become a smooth sailing.

The Congress has 57 members in the Lower House and the UPA has 72 members.

The grand old party today hailed the historic verdict of the apex court.

But UPA constituents like the DMK, with four members in RS, RJD with three and Indian Union Muslim League with one, may or may not back the legislation.

Nothing also can be said for sure regarding parties like Samajwadi Party, which has 18 members in RS, Mamata Banerjee's Trinamool Congress which has 13, and Mayawati's BSP with 5 members.

Even in such a scenario, passage of the bill should not be a hurdle in the Rajya Sabha.