A top Lashkar-e-Taiba (LeT) terrorist, identified as Asif Maqbool Bhat, was killed in an encounter with security forces in Jammu and Kashmir's Sopore. 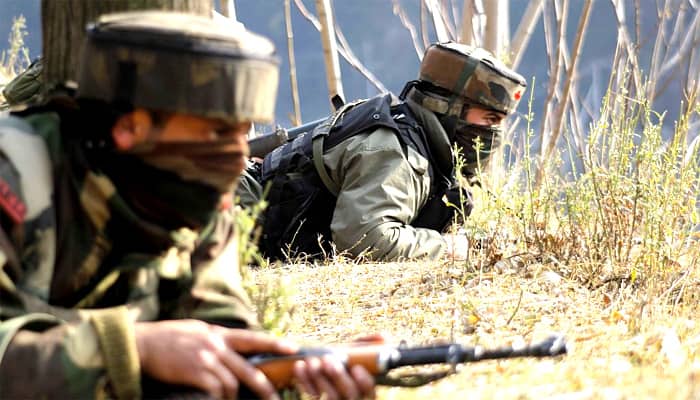 New Delhi: A top Lashkar-e-Taiba (LeT) terrorist, identified as Asif Maqbool Bhat, was killed in an encounter with security forces in Jammu and Kashmir's Sopore on Wednesday morning.

He was suspected to be involved in the recent shootout and injuries to three family members of a fruit trader in the town earlier this week. The injured also included a young girl Asma Jan.

Asif was also responsible for shooting at a migrant labour Shafi Alam in Sopore and with threatening and intimidating locals by publishing posters supporting terrorists.

Briefing the media after the encounter, J&K DGP Dilbag Singh said that Asif had created a lot of terror in the area and was very active over the last one month. "He made use of Over Ground Workers to print posters threatening civilians not to open shops and not to go for their day-to-day activities," Singh said.

He also added J&K has no law and order problem. All 10 districts of Jammu have become entirely normal. "All school, colleges and offices are open. Leh & Kargil are also normal, there is no restriction of any kind there. More than 90 per cent areas are free of restrictions, 100 per cent telephone exchanges are working now," the DGP said.

The J&K police on Monday had arrested eight people in Sopore who were involved behind publishing these posters supporting terrorists.

During the investigation, it was learnt that an active local terrorist, named Sajad Mir alias Haidar, Asif, and their other associate Muddasir Pandith were the ones who chalked out the plan and the posters were published and circulated in the area on their orders.

Police recovered the computers and other accessories which were used for drafting and publishing of the posters. All the incriminating materials including the computers were seized.