Live: Congress to hold 'Satyagrah' at Raj Ghat against CAA, NRC on December 23

The protest started early morning as agitators took to streets with banners and placards demanding rolling back of the Act. Road and rail traffic has been adversely affected as the agitators blocked the highways and vandalised public property.

Lalu Prasad Yadav's party Rashtriya Janata Dal (RJD) has called for a bandh in Bihar over the Citizenship Amendment Act (CAA) and proposed National Register of Citizens (NRC). The protest started early morning as agitators took to streets with banners and placards demanding rolling back of the Act. Road and rail traffic has been adversely affected as the agitators blocked the highways and vandalised public property.

Roads in Hajipur, Patna Gandhi Setu Road, NH-83, NH-31 and NH-110 have also been taken over by the protestors bringing the traffic to a standstill.

Schools and other educational institutes have been closed in the wake of protests.

Here are the live updates from the protests across the country over the Citizenship Amendment Act.

At least 13 arrested, 1,550 taken into preventive custody by the police following RJD's Bihar Bandh on Saturday.

Congress party issues statement that reads: ''Senior leaders will undertake a Satyagrah at Mahatma Gandhi’s Samadhi at Raj Ghat, day after tomorrow, December 23, 2019, from 3 PM to 8 PM. In line with the path of non-violent, yet consistent and unequivocal opposition shown by the Father of the Nation, the Party's Satyagrah will fight against this dictatorial Government and to protect Baba Saheb’s sacred Constitution.

There has been widespread resentment against the recent actions of the BJP Government, amongst people across the country- especially amongst youth demanding the restoration and maintaining the sanctity of rights guaranteed by our Constitution. The dictatorial and stubborn BJP Government at the Centre and in different States has used indiscriminate police force against the ordinary citizen in the name of maintaining law and order.

This has led to further worsening and spiralling of the situation and the Congress Party is committed to upholding the principles enshrined in the Constitution and fight for the continuation, maintenance and safeguard of the rights of all, as enshrined and guaranteed by our founding fathers.''

Congress party to hold 'Satyagrah' at Raj Ghat against CAA, NRC on December 23.

Internet services will be suspended in Jaipur between 6 am to 8 pm on Sunday, December 22 amid increasing protests against Citizenship Amendment Act (CAA).

As many as 102 people have been arrested for posting hateful and inflammatory comments against the citizenship amendment act on social media in Uttar Pradesh.

63 cases have been registered in the state in this regard and investigation is being done on as many as 14,000 such hateful posts.

Patna Police Headquarters releases information on the Bihar Bandh protest. It says that 1,550 people were held in preventive custody.

Bhim Army Chief, Chandrashekhar Azad is being taken to Tihar jail from Tis Hazari Court. He has been sent to 14-day judicial custody for arson. He was earlier denied permission for a protest march from Jama Masjid to Jantar Mantar.

A large human chain has been formed in support of CAA in Pune. Initially, there were very few people, but, suddenly a large crowd gathered and the chain turned in a long march, Zee Media reports.

Their bail plea will be heard on Monday at 12 pm by the concerned court.

As many as 1,000 cases have been registered against protesters in Muzaffarnagar for violent protests.

In Bahraich, cases have been filed against 100 people for indulging in violence and disrupting peace.

Several vehicles torched in Uttar Pradesh's Rampur by rioters. Six people are reported to be injured in anti-citizenship act protests.

Internet services banned in UP's Lucknow till 6 pm on December 22, Sunday amid increasing violence in the anti-citizenship act.

Praveen Kumar, IG (Law and Order), Uttar Pradesh says, "In the protest against Citizenship Amendment Act since December 10 in the state, 705 people have been arrested and around 4,500 people have been released after preventive arrest. As many as 15 casualties have happened, and 263 police personnel have been injured of which 57 personnel received firearm injuries."

Delhi Police requests the Metropolitan Magistrate at Tis Hazari Court to remand the accused arrested in Daryaganj violence and send them to 14-day judicial custody.

Mega students rally has been called by the Yuva Congress against the CAA and NRC in Kolkata today which will begin shortly. Students of all colleges and universities in the city have been asked to join the march.
The route is from Shahid Minar to Mahajati Sadan, however BJP office is situated a km before the culmination point of the rally.

Curfew has been relaxed in Karnataka's Mangaluru from 3 pm to 6 pm today.

Jantar Mantar is completely vacated after days of massive protests against the Citizenship Amendment Act. 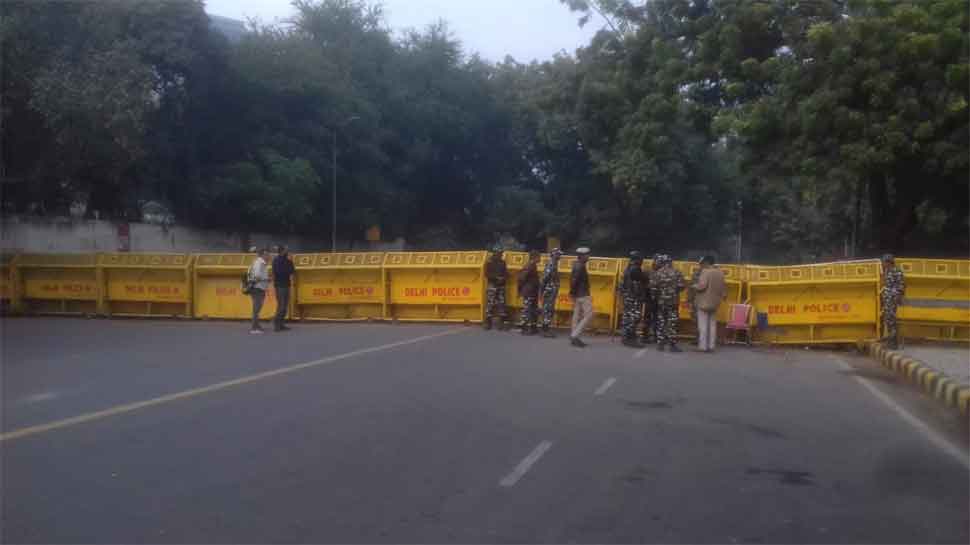 UP Police has released pictures of those found pelting stones at the police and instigating violence by damaging public property in Lucknow district. 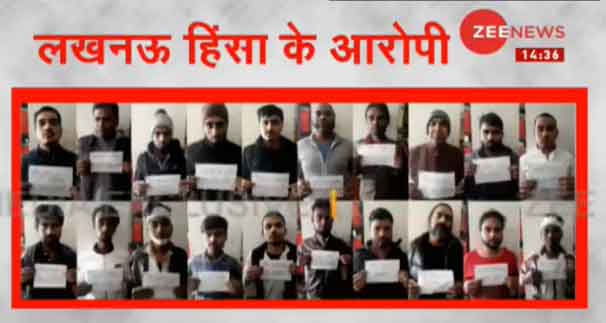 Protestors who have been identified as vandalising public property in Lucknow will be sent a notice to pay for the damages.

All senior officials have been summoned to Chief Minister's office in Lucknow.

Bhim Army Chief Chandrashekhar Azad who was detained yesterday has been arrested today. Azad was earlier denied permission for a protest march from Jama Masjid to Jantar Mantar.

More than 1,000 academicians from universities across the country release statement in support of the Citizenship Amendment Act.

People belonging to both Hindu and Muslim communities of Jammu take to streets to march in favour of the Citizenship Amendment Act.

A person said, "Those doing politics over the bill are conspiring to create disharmony among people of different communities." 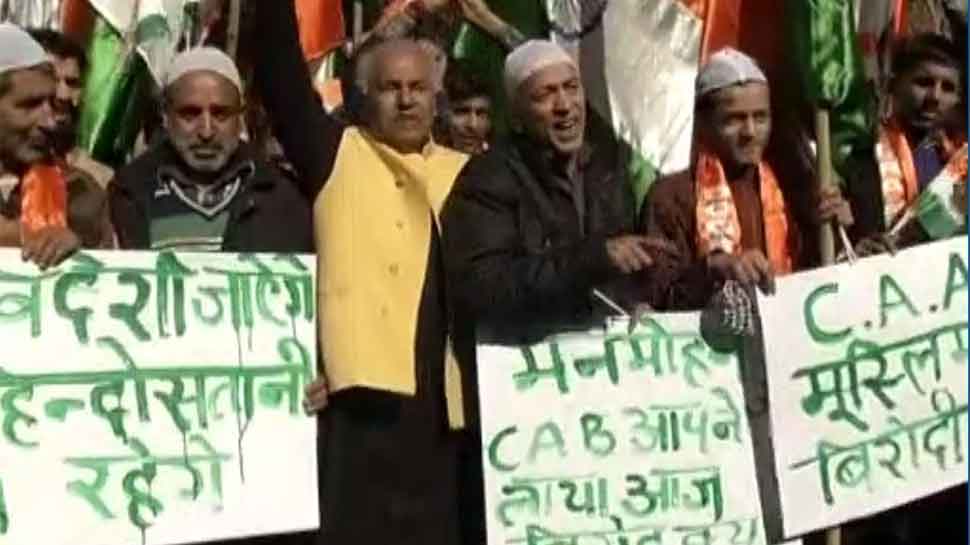 Notably, Hindus are in minority in Jammu

In pics: Security outside Delhi's Daryaganj police station has been increased in the wake of anti-citizenship protests. 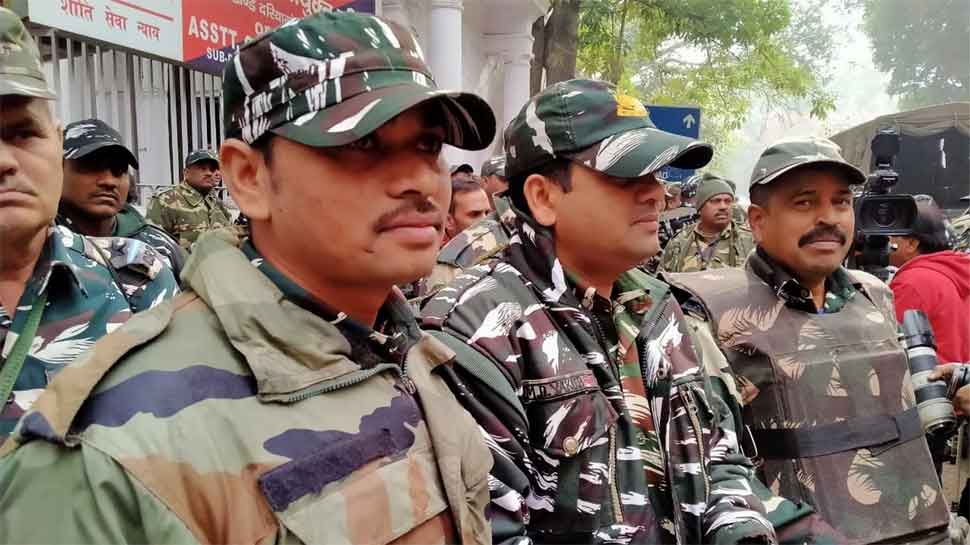 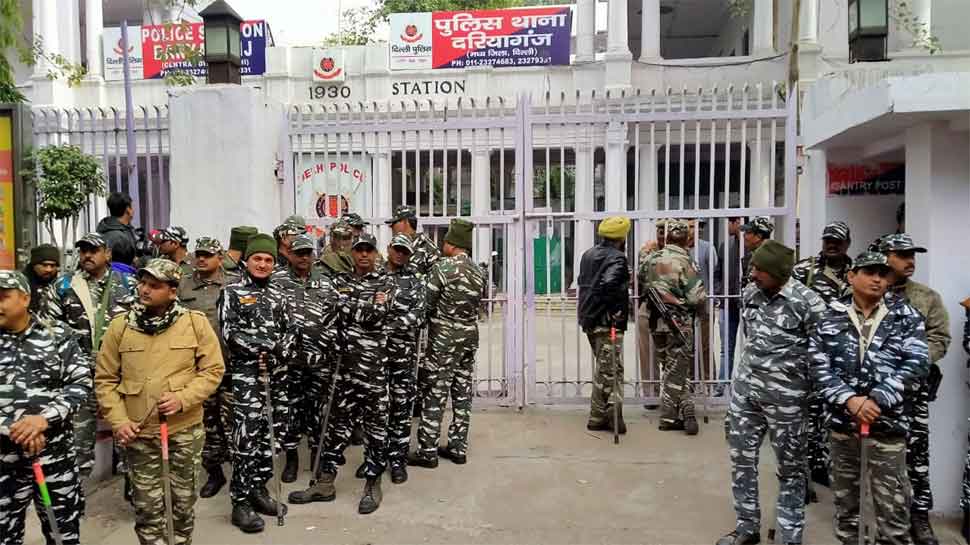 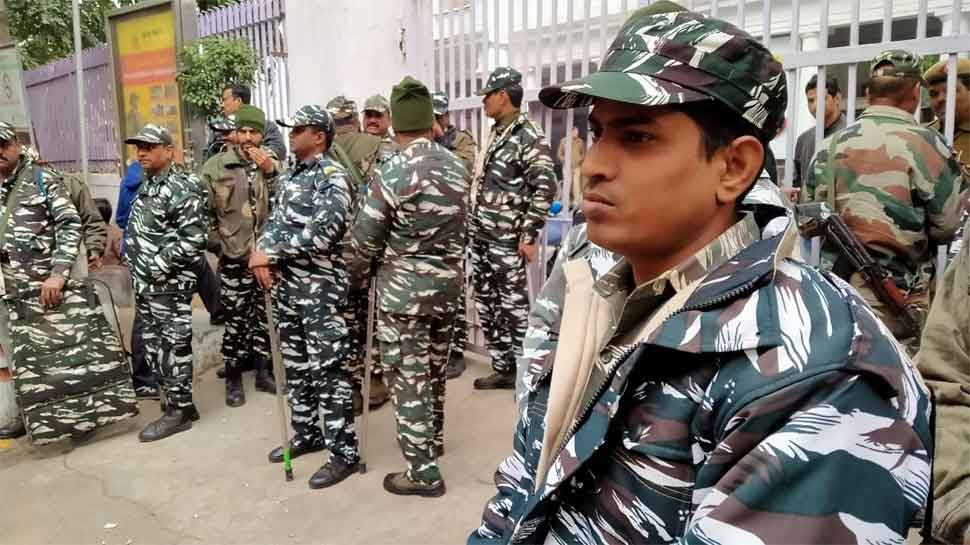 Personnel belonging to Central Reserve Police Force (CRPF) have been increased outside Daryaganj police station in Delhi in the wake of anti-citizenship protests.

Isanpur police and Rapid Action Force (RAF) are patrolling the Isanpur area in Gujarat's Ahmedabad. Police patrolling from Narol to Chandola to Danilimda to prevent any unexpected incidents.

A four-member delegation of All India Trinamool Congress will visit the grieving families of those who were allegedly killed in police firing in Lucknow, TMC said in a press release.

The delegation will be led by Dinesh Trivedi. The other members include MPs, Pratima Mondal, Md Nadimul Haque & Abir Biswas.

The delegation is expected to reach Lucknow tomorrow Sunday (December 22).

Several people died in police firing in various parts of Uttar Pradesh on December 20, during protests against the Citizenship Amendment Act (CAA).

“Our delegation is going to Uttar Pradesh (Lucknow) on a humanitarian mission to be with the grieving families of those killed and also meet those injured in the incidents," said the press release.

Shops and properties of protesters taking part in anti-Citizenship Act protests identified. The district administration has marked their shops and has sealed them. Altogether, 47 shops have been sealed in Gorakhpur.

Telangana: Jamia Millia Islamia students Ladeeda Sakhaloon and Aysha Renna to be present at the public meeting of AIMIM leader Asaduddin Owaisi in Hyderabad on Saturday.

Bengaluru Police Commissioner Bhaskar Rao on Saturday said that the police are thankful for peaceful protests against the Citizenship (Amendment) Act (CAA). "We are thankful to all the protesters who despite defying orders were unarmed. Those who were for the issue did not show up but those who were against the issue showed up. We performed our duty. We apprehended the persons who came for the protest and detained them and booked cases against them on December 19. Yesterday we were all present but nobody showed up for the protest. My officers have done an excellent job," Rao told reporters here.

Situation in control in Gujarat. Strict action will be taken against those accused of inciting violence in the state. Congress is responsible for the violence: Gujarat CM Vijay Rupani

Siddaramaiah, Congress: As per notice, I can't go to Mangaluru by train, bus or car. I don't know if democracy is there in state or at Centre. If situation is favorable for them, why not for me. We aren't going to provoke ppl.We don't have to learn lessons about law&order from them

15 arrested for violence in Daryaganj area. The protesters had torched a car and were pelting stone as the police resorted to using water cannon in order to disperse the crowd.

The diversion on Noida Kalindi Marg on Route 13A will also remain closed on Saturday in the wake of Anti-CAA protests, as directed by the Delhi Police. People are advised to take an alternate route via Delhi/Faridabad to avoid any kind of inconvenience.

RJD members blocked the highway by burning tyres. While in Vaishali, the highway was blocked by them with the help of buffaloes. In Darbhanga, party supporters also protested at the railway line and disrupted train movement.

The CAA grants citizenship to Hindus, Sikhs, Jains, Parsis, Buddhists and Christians fleeing religious persecution from Pakistan, Afghanistan and Bangladesh and came to India on or before December 31, 2014.

Protests have intensified in various parts of the country after the Parliament passed the CAA last week.

Tejashwi termed the Citizenship (Amendment) Act as unconstitutional and against humanity. "It has exposed the divisive character of the BJP," he said.

"Bihar will be closed tomorrow. So I appeal to the people for their support," Tejashwi said.

RJD leader Tejashwi Yadav has warned the Chief Minister Nitish Kumar over the protests. He said that if anyone tries to stop the protests and tries to take strict action against them, they will have to pay a heavy price for it.