The counting of votes for the Delhi University Student Union (DUSU) election began from 8:30 am on Friday. The election for student body representatives was held across 52 polling stations set up in various colleges and faculty departments. 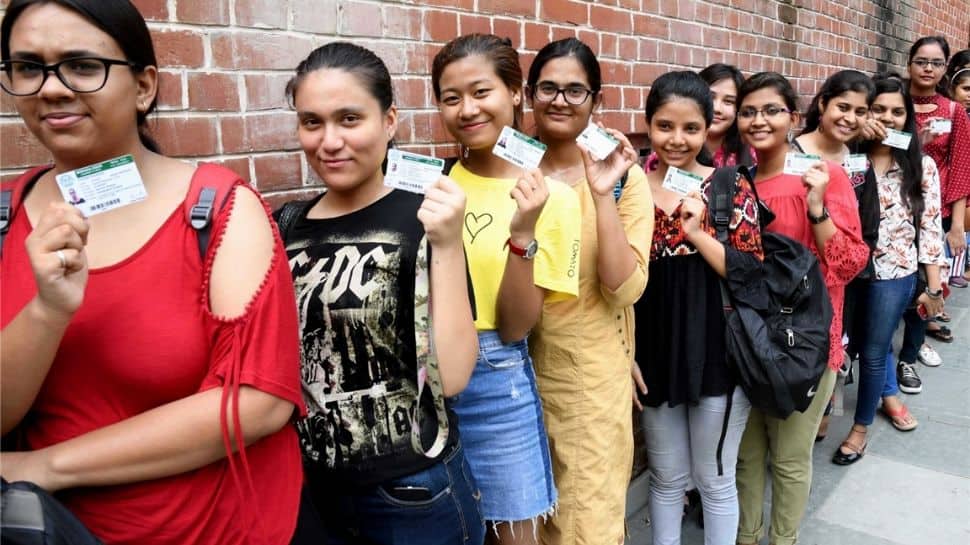 ABVP candidates Akshit Dahiya, Pradeep Tanwar and Shivangi Kharwal got the maximum votes for the post of President, Vice-president and Joint-secretary, respectively. The lone winner from NSUI was Aakash Choudhary, who managed to defeat his opponent for the post of DUSU Secretary.

After a delay of almost one hours, the counting of votes for the Delhi University Student Union (DUSU) election began from 8:30 AM on Friday. The election for student body representatives was held across 52 polling stations set up in various colleges and faculty departments.

Voter turnout was recorded at 39.90 per cent out of around 1.3 lakh students and faculty members who were eligible to cast their vote. The turnout dropped by four per cent in 2019, as in 2018, 44.46 per cent voter turnout was recorded. According to DU Chief Election Officer Ashok Prasad, votes were counted at the Community Hall of the Police Lines in northwest Delhi`s Kingsway Camp.

After 18 rounds of counting, ABVP regains lead on all four seats, as per the latest trends. NSUI was leading on joint secretary post before ABVP took over.

NSUI has gained a minor lead of 75 votes for joint secretary post. AISA is trailing behind.

ABVP takes the massive lead on three seats as per current trends.

NSUI has gained a minor lead for join secretary post. AISA is trailing behind.

AISA is giving a strong competition to ABVP and NSUI for joint secretary post this time.

ABVP maintains a strong lead for the posts of president and vice president as per current trends.

15 rounds of counting of votes have been completed as of yet. NSUI and ABVP are in a tough battle for the post of joint secretary.

ABVP takes lead on all four seats as 45 ballot boxes have been opened yet. The ABVP is now leading with 600 votes on all four posts.

ABVP maintains the lead on the posts of president, vice president and general secretary.

36 ballot boxes out of total 200 boxes have been opened yet. Akhil Bharatiya Vidyarthi Parishad (ABVP) is leading on all four seats.

The first round of counting concludes. ABVP is leading on all four seats.

Counting of votes for DUSU election 2019 has started after a two-hour delay.

RSS-backed ABVP has taken a lead in three seats, while Congress' student wing NSUI is leading in one seat.

Counting for DUSU elections was hampered in the morning due to an EVM glitch. It started at 10 am, whereas it was scheduled to begin at 8:30 am.

The ABVP had won three posts, while the NSUI had won one post in the 2018 polls, which had recorded 44.46 per cent voter turnout.

For 2019, both the ABVP and the NSUI have claimed to have won the majority.

ABVP fielded Pradeep Tanwar against NSUI's pick Ankit Bharti for the post of vice president. AISA had nominated Aftab as its candidate. For the general secretary's post, ABVP pitted Yogit Rathi against  NSUI's Ashish Lamba and against AISA's Vikash.

In 2019 DUSU polls, the three major students’ bodies were in the frayAkhil Bharatiya Vidyarthi Parishad (ABVP), affiliated with Rashtriya Swayamsevak Sangh (RSS), Congress-backed National Students' Union of India (NSUI) and All India Students' Association (AISA) which is associated with the Left.