The AAP won four out of five wards and the Congress one in the Delhi Municipal Corporation byelection, the results of which were announced on Wednesday. The BJP, which had held one of these wards, failed to open its account in the bypolls. 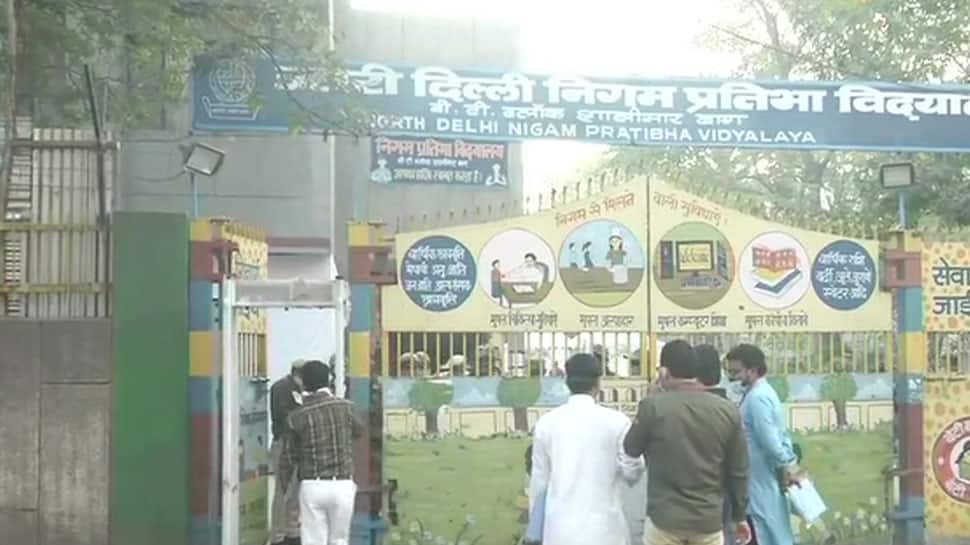 New Delhi: The AAP won four out of five wards and the Congress one in the Delhi Municipal Corporation byelection, the results of which were announced on Wednesday. The BJP, which had held one of these wards, failed to open its account in the bypolls.

Deputy Chief Minister Manish Sisodia, in a tweet, congratulated the party workers for the victory and said people were fed up with the BJP and would bring in Chief Minister Arvind Kejriwal's politics of honesty and work in the municipal corporation of Delhi (MCD) polls next year.

The BJP had retained all three municipal corporations in Delhi in the 2017 civic polls with the AAP finishing a distant second. AAP candidate Dhirender Kumar won the Kalyanpuri ward by 7,043 votes. AAP's Vijay Kumar defeated BJP's Om Prakash by a margin of 4,986 votes in Trilokpuri.

AAP's Sunita Mishra defeated Surbhi Jaju of the BJP in Shalimar Bagh ward by 2,705 votes. The seat was earlier held by the BJP. Ram Chander of the AAP defeated BJP candidate Rakesh Goyal by 2,985 votes in Rohini C ward.

Meanwhile, Prime Minister Narendra Modi will be addressing the people at 10:30 AM to discuss the importance of education, research and skill development in helping the country become self-reliant.

The session will be in online mode as part of the webinar on Union Budget 2021-22 announcements. The webinar will begin with an inaugural session on 'Harnessing Education, Research and Skill Development for an Atmanirbhar Bharat' which will be addressed by the Prime Minister.

Tune in to www.zeenews.india.com for the latest updates on top news stories of the day

In 2015, Congress had won 22 Zila Panchayats while BJP had won 9. But this time, BJP won all 31 Zila Panchayats. Congress was wiped out: Union Minister Prakash Javadekar

BJP has won nearly 80 per cent of seats in the Gujarat local body polls. We have also won big in the Taluka Panchayat polls. If these numbers are converted into assembly seats, it will come around 155 out of 185 constituencies, Javadekar said.

BJP has won 31 district panchayats out of 31, and Congress was completely wiped out there as the party won 800 out of 979 seats, says Javadekar.

Congress has been wiped out completely in Gujarat, says Union Minister Prakash Javadekar on the recently concluded local body elections in the state.

Meanwhile, President Ram Nath Kovind has received the first dose of the COVID-19 vaccine at the RR Hospital in New Delhi.

Congratulating the AAP worker for the landslide victory in the MCD by-election, Delhi Chief Minister Arvind Kejriwal said, ''I congratulate the Delhi voters for preferring good work over petty politics. The outcome of the MCD byelection results shows that people are completely fed up with the 15 years of BJP's misrule in the MCD. People are now desperate to form the Aam Aadmi Party government in the MCD as well.''

Congress party has bagged a major victory in the Muslim-dominated Chauhan Banger ward.

Delhi MCD election: Counting is currently underway and AAP leading in 4 wards as of now

It is our priority and duty to not let any communal and fascist force come into power (in West Bengal). We've decided to strengthen Mamata Ji's hands & give our unconditional support to her. She has called us & we'll be there wherever she needs us: RJD leader Tejashwi Yadav.

A fire broke out at an auto garage in the Daighar area. Fire tender reached the spot & doused the fire. No casualty or injury was reported. Around 15 two-wheelers parked at garage were burnt down: Regional Disaster Management Cell (RDMC) of Thane Municipal Corporation (TMC), Maharashtra.

Odisha CM Naveen Patnaik has sanctioned a scholarship worth Rs 101 crore for SC, ST students in the state.