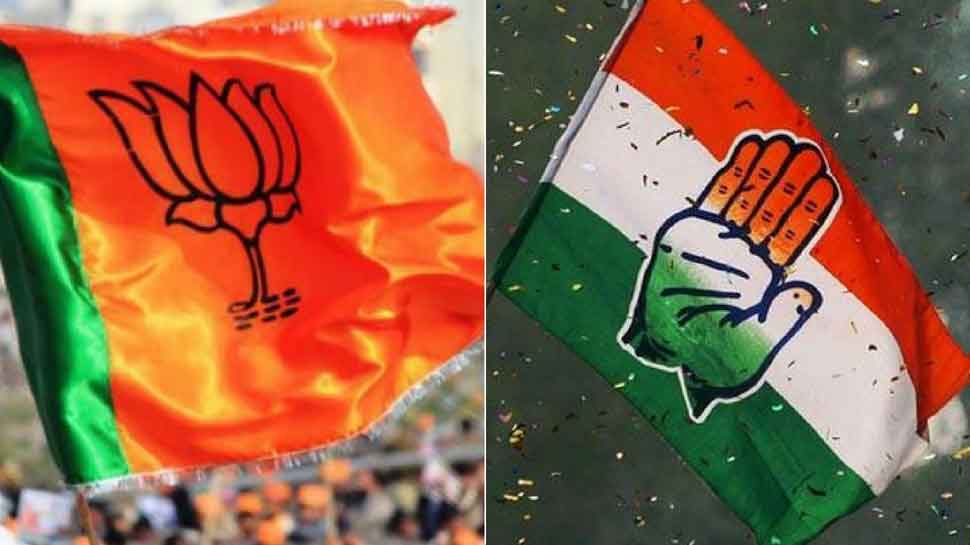 JJP which is likely to become the kingmaker bagged 10 seats in Haryana by-polls.

7 independent candidates won the election in the state and two seats reamined with other regional parties.

Here are the highlights of Haryana Assembly election.

Thank you for staying with us

Home Minister Amit Shah while addressing party workers in BJP Headquater, said, ''I congratulate the people of Haryana. I am happy that BJP saw three per cent rise in votes in Haryana by-polls''

PM Narendra Modi: I thank the people of Haryana for blessing us. We will continue to work with same zeal and dedication for the state’s progress. I laud the efforts of hardworking BJP Haryana karyakartas who toiled extensively&went amongst people to elaborate on our development agenda.

Independent MLA Gopal Kanda is in touch with BJP, may support the party in Haryana: Sources

Punjab Chief Minister Captain Amarinder Singh on being asked do you give credit to Bhupinder Singh Hooda for Haryana said, ''The credit goes 100%, to our party, to our party workers. We really won the show, with a little more effort we would have won.''

The mandate is against the current government of Haryana and all parties should come together to form a strong government whether it's JJP, BSP, INLD or independent candidates: Congress leader Bhupinder Singh Hooda after winning from Garhi Sampla Kiloi Assembly Constituency.

BJP's Haryana chief Subhash Barala says that he has not resigned from his post and that the news of his resignation is a rumour.

The mandate is against the Manohar Lal Khattar government. The promises made to the farmers were not fulfilled. All parties should come together to form a strong government, Bhupinder Singh Hooda said.

On a question over CM's post, Hooda added that it is up to the party MLAs to decide.

BJP is trying to pressurise independent candidates as most of them want to join us. It can't be accepted in a democracy. Independent candidates should be able to freely choose the party whom they wish to support. I want to appeal to EC about it through media: DS Hooda, Congress.

#HaryanaAssemblyPolls : As per the official trends by the Election Commission, BJP is leading on 39 seats, Congress on 33 seats out of the total 90 seats in the state. pic.twitter.com/rOs9r4CmlQ

Today, it's clear that people's mandate is to throw off Manohar Lal Khattar's government. I want to ask Dushyant Chautala (JJP), independent candidates & other parties to come together and form coalition government in Haryana so that people’s mandate can be respected: Deepender Singh Hooda

Newly-elected JJP MLAs to meet at 11 am on Friday, party national executive at 1 pm to decide on government formation in Haryana.

Ram Karan of JJP is a former minister.

Former Haryana CM BS Hooda in Rohtak: I assure that each one will be respected and given a respectable position. https://t.co/yFPskt9rxv

Captain Abhimanyu, Haryana Finance Minister& BJP candidate from Narnaund constituency in Hisar district: As per the latest trends, I feel that public mandate is in favor of Jannnayak Janta Party (JJP). We respect public mandate. pic.twitter.com/odkfpkseOy

The time has come for Congress, JJP, INLD, and independents to come together to form a strong government: Hooda

Randeep Singh Surjewala is leading from the Kaithal Assembly constituency after the fifth round of voting, according to the official trends reported by the Election Commission. Surjewala is contesting against BJP's Leela Ram from the seat.

Babita Phogat leading with a margin of 2,387 votes in Dadri assembly constituency.

Jannayak Janata Party Chief Dushyant Chautala on reports of Congress offering him CM post: I have not had any discussions with any one. Decision will be taken only after the final numbers are out. #Haryana pic.twitter.com/w0FRJPawwc

In a bid to form government in Haryana, BJP asks party members not to speak against JJP and Akali Dal leaders.

Congress in talks with JJP to form government in Haryana.

Sources say BJP to seek support of smaller parties and independents to form government in Haryana.

Karnal: Manohar Lal Khattar leading with 4588 votes after first round of counting.