The Constitution Bench of the Supreme Court on Monday started the hearing in Ram Janmabhumi-Babri Masjid title dispute case on 17th day. The SC bench hearing the case is being led by Chief Justice of India Ranjan Gogoi and Justices SA Bobde, DY Chandrachud, Ashok Bhushan and Abdul Nazeer. 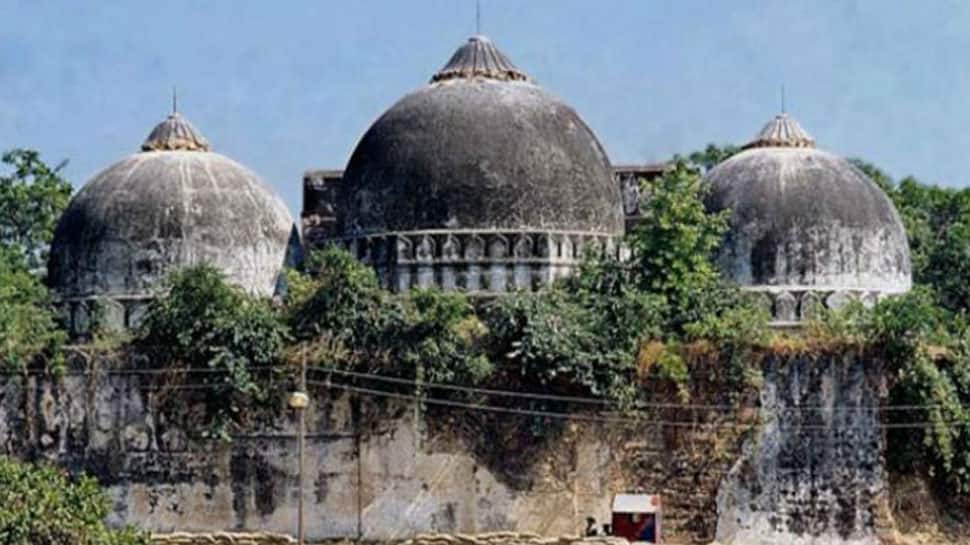 The Constitution Bench of the Supreme Court on Monday started the hearing in Ram Janmabhumi-Babri Masjid title dispute case on 17th day. The SC bench hearing the case is being led by Chief Justice of India Ranjan Gogoi and Justices SA Bobde, DY Chandrachud, Ashok Bhushan and Abdul Nazeer.

Here are the live and latest updates from Monday's hearing:

The lawyer of Muslim parties, Rajiv Dhawan said that one mosque was demolished in 1939 and idol was placed there in 1949. He added that Babri Masjid was totally demolished in 1992 and under which law the rights of Nirmohi Akhara will be kept safe.

The discovery of things like peacock and lotus from the disputed site does not prove that there was a temple there. He added that it has been repeatedly said before the court that no foreign traveller has ever mentioned about the mosque but Marco Polo had not written about Great Wall of China too. Dhawan noted that it is a matter of law. The SC then told Dhawan that even Muslim parties had placed historical evidence before the High Court.

Dhawan told the SC that the case will be decided as per the law of the land and not on the basis of religious books. He added that it is wrong to produce the Gazatter of before 1858 as evidence. Dhawan said that English historian wrote only what they heard because they were only focused on providing information to British people.

The lawyer of Muslim parties, Rajiv Dhawan said that the lawyer for Ramlala Vaidyanathan has talked about the visit of Hindu people to Ayodhya but the court must note the fact that the visit done for prayers should not be taken as evidence. Dhawan added that he will prefer not to comment on the claims that Babar was a foreign invader because then he will have to argue about Aryans too. The veteran lawyer noted that he was ready to argue from 1528 to prove that a mosque was once there at the disputed land.

Dhawan requested the court to give him break from hearing on Wednesday. The Chief Justice responded saying that it will create problem for the apex court and suggested Dhawan to take break on Friday and Dhawan accepted the SC's offer.

SC will hear Dhawan's contempt plea on Tuesday. Dhawan has filed the contempt plea against an 88-year-old professor who has cursed him for representing the Muslim parties. Dhawan has also mentioned in his plea that the professor is trying to obstruct the judicial process.

Advocate Kapil Sibal brought SC's notice towards the contempt plea filed by advocate Rajiv Dhawan. Sibal said that Dhawan, who is represting the Muslim parties in this case, has received several threats so far. The SC assured Sibal that it will hear the case.