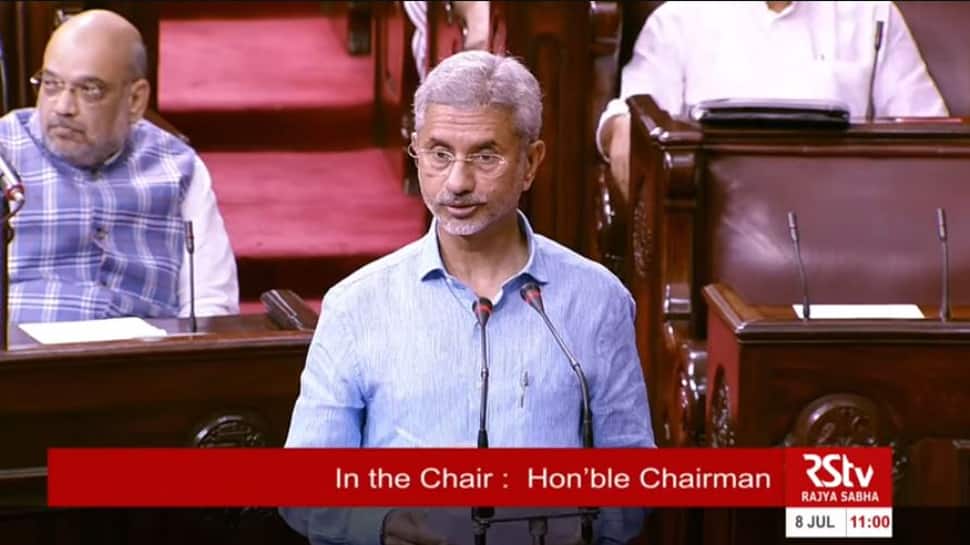 The upheaval in Karnataka politics reverberated in Parliament as well on Monday. Congress had given an Adjournment Motion notice in Lok Sabha alleging that the BJP is trying to topple the Congress-JDS government in Karnataka. Thirteen dissenting Karnataka MLAs from both Congress and JDS have resigned fuelling the possibility of the HD Kumaraswamy-led government being toppled.

Updates from Parliament on Monday

Amid chaos over the political situation in Karnataka, Lok Sabha Speaker Om Birla has adjourned the House till 2pm.

As expected, the echoes of the political crisis in Karnataka can be heard in Lok Sabha too. Heated scenes were seen in the Lower House with the Congress alleging that the BJP is colluding to bring down the Congress-JDS government in the state. Defending BJP amid the chaos, Defence Minister Rajnath Singh said, "Our party has nothing to do with what is happening in Karnataka. Our party has never indulged in horse trading."

"We're committed to maintaining the dignity of parliamentary democracy. The trend of submitting resignations was started by Rahul Gandhi in Congress, it wasn't started by us. He himself asked people to submit resignations, even senior leaders are submitting their resignations," Rajnath added.

TMC MPs have walked out of Rajya Sabha protesting against the Centre's decision of disinvestment in Public sector undertakings (PSUs). Earlier in the day, TMC MPs had protested in front of Gandhi statue in Parliament over the issue.

External Affairs Minister Dr S Jaishankar takes oath as Rajya Sabha MP. He had won the Rajya Sabha bypoll from Gujarat on Friday having bagged 104 votes in his favour as against his Congress rival Gaurav Pandya who got 70 votes. Two Rajya Sabha seats had fallen vacant after Union Ministers Amit Shah and Smriti Irani were elected to Lok Sabha in the 2019 election.

Congress leader in the Lok Sabha Adhir Ranjan Chowdhury on Monday called the BJP a 'poacher' amid the Karnataka political crisis. "We'll try to raise the Karnataka issue in Parliament but we won't reveal our weapons. But it is clear that BJP is a 'poacher' party," he said while speaking to news agency ANI.

TMC MPs hold protest in front of Gandhi statue in Parliament in Delhi over disinvestment in Public sector undertakings (PSUs).

Congress party has given an Adjournment Motion notice in Lok Sabha alleging that the BJP is trying to topple the Congress-JDS government in Karnataka.

In Lok Sabha today, Minister of State for Steel Faggan Singh Kulaste will make a statement regarding the status of implementation of the recommendations contained in the 48th Report of the Standing Committee on Coal and Steel on 'CSR activities in Steel PSUs' (2018-19) pertaining to the Ministry of Steel.