The Citizenship Amendment Bill will give Indian citizenship to refugees from Hindu, Christian, Sikh, Buddhist and Zorastrian communities fleeing religious persecution from Pakistan, Afghanistan and Bangladesh. 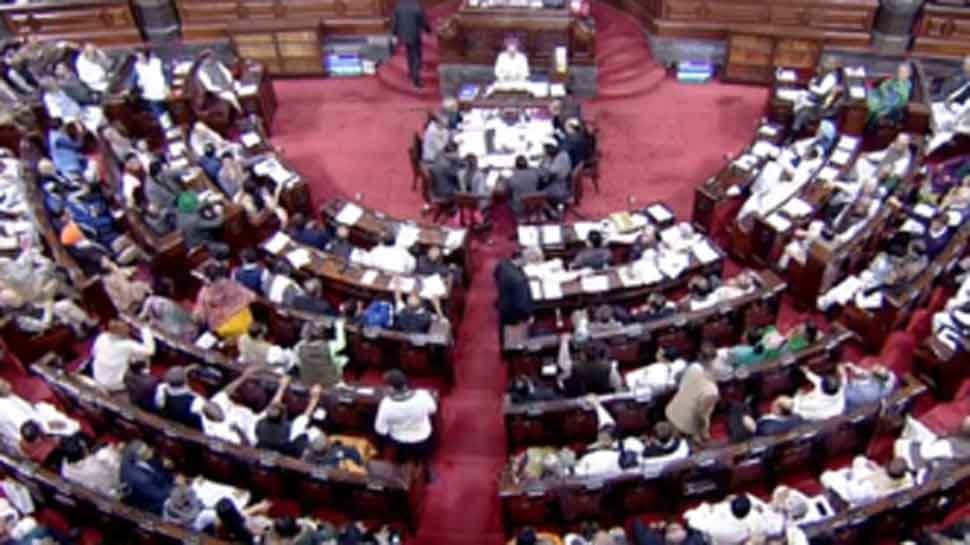 The Rajya Sabha on Wednesday evening passed the Citizenship Amendment Bill (CAB) 2019 with 125 votes in favour of the Bill and 105 against it. Union Home Minister Amit Shah introduced the Bill in the House at noon amid strong protests by opposition and several groups in North East and other parts of the country.

Senior Congress leader Ghulam Nabi Azad on Wednesday slammed the BJP, accusing the party of trying to divide the country on religion lines. Azad, who is also the Leader of Opposition in Rajya Sabha, said: “There are about 13 like-minded parties in the Rajya Sabha... I have met them and they will all vote against CAB Bill." Azad remarked that the BJP-led government at the Centre was least bothered about addressing concerns around the economy and issue of price rise and is only trying to divide the nation.

There are 240 MPs in the Rajya Sabha as five seats are lying vacant, therefore, the BJP-led government at the Centre needs the support of merely 121 MPs to pass the bill. Since the BJP has 83 Rajya Sabha MPs, it will need the support of 38 more MPs.

In North East, massive protests erupted on Tuesday as various tribal groups and youth organisations joined hands to register their opposition against the Citizenship Amendment Bill. In Tripura, four policemen and some protesters were injured during clashes between the protesters and police. The Tripura government on Monday ordered to suspend Internet and social media services in the entire state for 48 hours. Violent protests were witnessed in Assam too where the protesters clashed with security forces near the Secretariat and Assembly buildings in Guwahati.

Here are the highlights of the day. Thanks for joining Zee News

Congratulations to Home Minister @amitshah Ji on the historic occasion of passing of Citizenship Amendment Bill by the Parliament. This visionary step by the Govt of PM @narendramodi will offer dignified life to religiously persecuted minorities from India’s neighborhood.

Union IT Minister Ravi Shankar Prasad said, ''If any persons are not being allowed to practice their freedom of religion, then according to our Constitution’s Article 25 it is the responsibility of the government to ensure this right for them.''

Rajya Sabha adjourned till 11 am on Thursday.

Rajya Sabha passes Citizenship Amendment Bill 2019 with 125 votes in favour and 105 against it.

Move to refer Citizenship Amendment Bill to select panel defeated in Rajya Sabha by 124 no and 99 yes.

Amit Shah on CAB, "Congress is trying to promote the propaganda of Pakistan.''

Replying to the opposition on CAB Home Minister Amit Shah, said, ''They are trying to create fear among the Muslims.''

Union Home Minister Amit Shah said, ''Don't teach me the idea of India. I was born here and I will die here.''

Answering questions on the exclusion of Rohingyas in CAB Amit Shah said, ''It was asked that why were Rohingyas not included in the Bill? Rohingyas don't come to India directly, they go to Bangladesh and then infiltrate into India from there.''

Home Minister Amit Shah slams Congress in Rajya Sabha, said, ''The entire country knows that the reason behind partition was Jinnah and it was done due to his demand. But all I am asking is why did Congress agree to it? Why was it done on the basis of religion?''

Union Home Minister Amit Shah said, ''During UPA govt, the then Rajasthan govt wrote to then Home Minister P Chidambaram stating outstanding issue of large no. of Pakistan refugees from Hindu and Sikh communities. 13000 people from two religions only were benefited. Whereas, we have included refugees from six religions.''

Union Home Minister Amit Shah said, ''I assure this bill will bring no loss to the minorities of India, because it gives citizenship and does not takes away any.''

Union Home Minister Amit Shah said, ''We are helping persecuted minorities. There is no persecution of Muslims in the Islamic nation.''

Union Home Minister Amit Shah said, ''If partition had not taken place, then there would have been no need to bring Citizenship Amendment Bill today.''

Answering question on Citizenship Amendment Bill 2019 in Rajya Sabha Amit Shah said, ''We have corrected wrongs of the previous government.''

Union Home Minister Amit Shah speaks in Rajya Sabha, said, '' If this bill was brought 50-years-ago, then the situation had not been so severe today.''

Speaking on the Citizenship Amendment Bill 2019 in Rajya Sabha, Vaiko said,'' If this obnoxious, abominable, undemocratic, unreasonable, unpardonable, unjustifiable, unconstitutional Bill is passed today in this Council of State, it will become a black chapter in the annals of this Upper House.''

I don't understand which history books the Home Minister has read. Two-nation theory is not our theory. It was perpetrated by Savarkar. I request the Home Minister to withdrawn that allegation because we in Congress believe in that one nation, you don't believe in that. Those who have no idea of India cannot protect the idea of India: Congress leader Kapil Sibal on Shah's statement, "CAB wouldn't have been needed if Congress hadn't allowed partition on basis of religion".

This government is ramming through this Bill to advance its Hindutva agenda. This is a sad day. I am absolutely clear that this law will be struck off: P Chidambaram

Why did you cherrypick these three countries. Your attempts are pointing to one community. Think of those Muslims who didn't go to Pakistan after partition. I humbly convey to Home Minister against segregating people on the basis of the community," DMK MP Tiruchi Siva said.

The fear in Assam that some may not remain a citizen of this nation. We agree that that persecuted religious minorities should be protected but no community should be excluded. This bill should be withdrawn,said TRS MP Keshava Rao

JD(U)'s Ram Chandra Prasad Singh said in the Rajya Sabha that the party supports the Citizenship Amendment Bill. "We have had Presidents and CJIs from minority communities," Singh said.

If CAB was about giving citizenship for all persecuted religious minorities then we would have supported it. But this is only for minorities from three specific nations: Samajwadi Party MP Javed Ali Khan

I implore to BJD and JDU leaders to take a stand today. You will have to answer your future generations when they ask you which button did you press," said Derek O' Brien.

Those minorities who have been persecuted in Afghanistan, Bangladesh and Pakistan should get citizenship in India. This is the essence of the bill: JP Nadda, BJP working president

Jinnah never brought two-nation theory. It was introduced by Hindu Mahasabha in Gujarat in 1937: Anand Sharma

The citizenship act has seen amendments since 1955 but the fundamentals of this act has never been tampered with: Anand Sharma

We have given shelter to people who came over from Pakistan post partition. Two among them have been our PMs, Dr Manmohan Singh and IK Gujral: Anand Sharma

What was the urgency to get this Bill? I am afraid this Bill is an assault on the Constitution. It is an attack on the soul of India. It is against the very Preamble of the Constitution of India. I stand to oppose this Citizenship Bill: Congress MP Anand Sharma in Rajya Sabha

"This bill is not anti-Muslims, no Muslim already residing in India will be excluded. But how can we provide citizenship to Muslims who are coming in from Bangladesh, Afghanistan and Pakistan? How can we function if this is made possible," said Amit Shah in Rajya Sabha.

Misinformation has been spread that this bill is against Muslims of India. I want to ask the people saying this that how is this bill related to Indian Muslims? They are Indian citizens and will always remain,no discrimination against them: Amit Shah

People are accusing us that we are practicing vote bank politics with the introduction of this bill....but I want to point out that we had brought forward this bill before 2019 Lok Sabha elections. The concerns of North East will be addressed: Amit Shah in Rajya Sabha