The Thursday List of Business in the Lok Sabha includes the introduction of the International Financial Services Centres Authority Bill, 2019. Union Finance Minister Nirmala Sitharaman will move the Bill for consideration of the House. 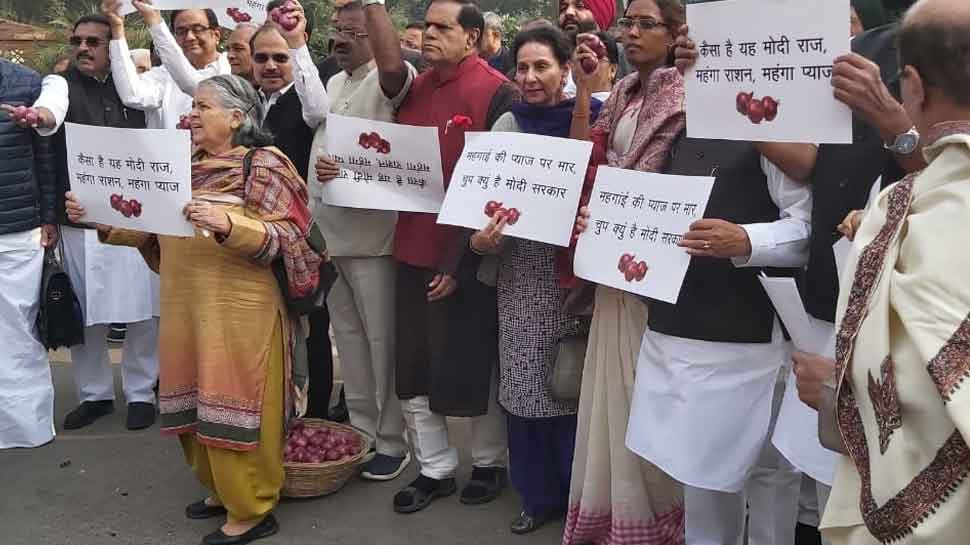 NEW DELHI: The ongoing winter session of the Parliament is expected to witness uproarious scenes on Thursday as several opposition members have given adjournment motion notice seeking debates and discussions over a wide range of issues. The Thursday List of Business in the Lok Sabha includes the introduction of the International Financial Services Centres Authority Bill, 2019. Union Finance Minister Nirmala Sitharaman will move the Bill for consideration of the House.

The Bill aims to provide for the establishment of an authority to develop and regulate the financial services market in the International Financial Services Centres in India and for matters connected therewith or incidental thereto. On Wednesday, the Union Cabinet approved several key bills, including the Citizenship Amendment bill, 2019, the withdrawal of Jammu and Kashmir Reservation Bill, Data Protection Bill etc, for introduction in Parliament.

Tune in to Zee News for live updates from Parliament:-

Minister of Communications Ravishankar Prasad while replying to a supplementary during Question Hour in Rajya Sabha today, says, "The delivery of over 4,000 passports and 2,940 other articles in Jammu and Kashmir during the month of August against all odds deserves appreciation."

When asked about e-money order, he says that though the service has been temporarily suspended due to internet restrictions, an alternate mode of money transfer has been made available for the public.

On the low attendance of the ding committee, Rajya Sabha chairman Venkaiah Naidu says that he expects everyone to attend and ensure quantitative and qualitative meetings.

Finance Minister said yesterday that she doesn't eat onions, so what does she eat? Does she eat avocado?, asks P Chidambaram in Parliament

BSP is against the current form of the Citizenship Amendment Bill (CAB), govt should reconsider aspects of the Bill and it should be sent to the parliamentary committee: Mayawati

Congress and IUML have given Adjournment Motion Notice in Lok Sabha over 'incident of killing of ITBP personnel.'

Former Union minister P Chidambaram reaches Parliament. He was released from Tihar Jail on Wednesday after the Supreme Court granted him bail in INX Media case.

BJP MP Sushil Kumar Singh has given Zero Hour Notice in Lok Sabha over 'demand to include Magahi language in 8th schedule of Constitution.'