The Legislative Business in the Lok Sabha on Monday will have two important Bills for consideration and passing on Tuesday. The Taxation Laws (Amendment) Bill 2019 will be moved by Finance Minister Nirmala Sitharaman. The Bill is to further amend the Income-Tax Act, 1961 and to amend the Finance (No.2) Act, 2019. 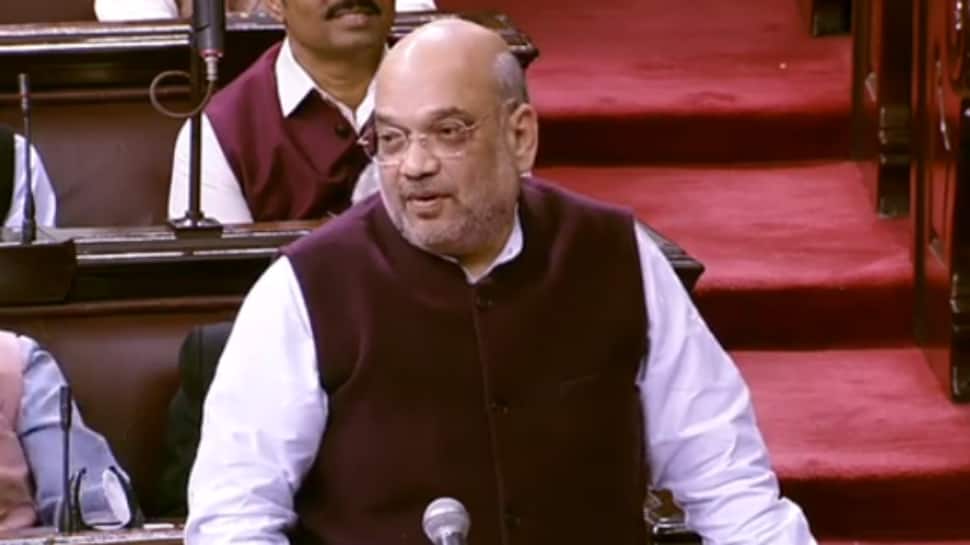 New Delhi: The Legislative Business in the Lok Sabha had two important Bills for consideration and passing on Tuesday. The Taxation Laws (Amendment) Bill 2019 was moved by Finance Minister Nirmala Sitharaman. The Bill is to further amend the Income-Tax Act, 1961 and to amend the Finance (No.2) Act, 2019.

The Tuesday's list of Business in Rajya Sabha also included the National Capital Territory of Delhi (Recognition of Property Rights of Residents in Unauthorised Colonies) Bill, 2019 and the tabling of reports by some important committees and ministeries.

Here are latest updates from the Winter Session of Parliament:

Laws should be same for everyone; it can't be specially made for just one family. We aren't against the family, we're against family-ism: Amit Shah

This is the 5th amendment in the SPG Act. This amendment is not brought in by keeping Gandhis in mind, but, one thing that I can say for sure is that the previous 4 amendments were done by keeping only one family in mind: Amit Shah

This Bill hasn't been brought keeping in mind the Gandhi Family. There's no connection between the two. The SPG has been taken away after proper threat assessment on them: Amit Shah

Home Minister Amit Shah in Rajya Sabha on SPG Bill: It's not true that we've brought the SPG Bill by keeping only Gandhi family in mind. Security from Gandhis was withdrawn after the threat assessment analysis even before bringing this bill.

Congress: The govt must discharge its obligations .securty should not be given according to whims and fancies.

One Nation One Ration Card to be implemented from June 2020.

Lok Sabha takes up The Recycling of Ships Bill, 2019, for discussion.

At many places (rural) in my constituency, schools are being operated in open. Children in villages are not receiving quality education. I demand that public-private partnership model be implemented in school education: Hema Malini, BJP MP from Mathura

An ex-gratia of Rs1 lakh is paid to the next of kins of civilians killed in militancy-related violence under the existing scheme of Jammu & Kashmir Government. In addition, Rs5 lakhs is given under a central scheme, MHA informed.

As per the report of the Government of J&K, 19 civilians, including non-Kashmiri labourers, were killed in terror-related incidents since August 5, 2019.

GK Reddy, MoS Home, in Lok Sabha: I appeal to people of the nation to download '112' emergency helpline app. It's being implemented across the country. GRP & police at railway stations and CISF are providing security at airports. Money has been sanctioned to the states to implement '112' helpline.

Hema Malini, BJP MP from Mathura, on rape and murder of Hyderabad veterinarian: Everyday we are hearing these things happening to women, women being harassed. My suggestion is to keep the culprits in jail permanently, once they go in jail they should not be released at all.

Congress will raise issue of security breach at Priyanka Gandhi Vadra's residence in Rajya Sabha today. In the Lok Sabha, our leaders will raise this issue today during the Zero Hour amd we will move Adjournment Motion on this issue tomorrow: Congress MP Kodikunnil Suresh

The Congress is likely to raise the issue of security breach at party leader Priyanka Gandhi Vadra's residence, weeks after her Special Protection Group (SPG) cover was removed.

Trinamool Congress (TMC) has given Adjournment Motion Notice in Lok Sabha over 'heavy loss of lives & properties due to cyclone Bulbul in West Bengal'.