Lieutenant General Anil Chauhan on Sunday assumed the charge of Eastern Command with a solemn wreath-laying ceremony at the Eastern Command War Memorial, after the post was vacated by Lt Gen MM Naravane, who assumed charge of Vice Chief of the Army Staff. 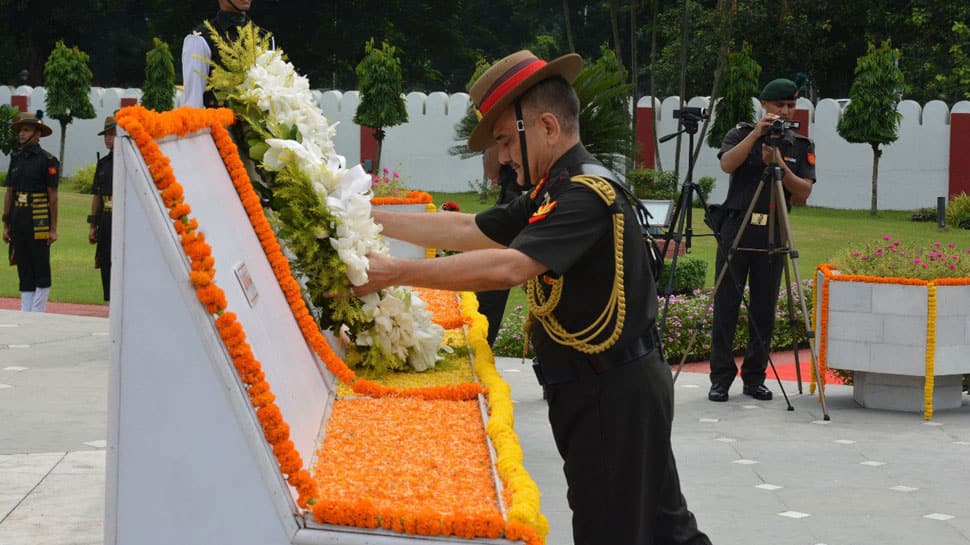 New Delhi: Lieutenant General Anil Chauhan on Sunday assumed the charge of Eastern Command with a solemn wreath-laying ceremony at the Eastern Command War Memorial, after the post was vacated by Lt Gen MM Naravane, who assumed charge of Vice Chief of the Army Staff.

Taking to Twitter, the official handle of Eastern Command unit announced Lieutenant General's appointment and said, "#LtGenAnilChauhan, assumed the charge of Army Commander #EasternCommand,  on 01 September 2019  with a solemn wreath-laying ceremony at #VijaySmarak, the Eastern Command War Memorial wherein he paid tribute to the fallen soldiers."

Prior to his appointment as the Eastern Command chief, Lt Gen Chauhan led an illustrious career as the Director-General of Military Operations at Army Headquarters in New Delhi where he assumed office on January 30, 2018. As the Director-General, he dealt with the formulation of policies regarding national security at the top level as well as tackling the present challenges to the country along the terrestrial borders of India.

An alumnus of the National Defence Academy (NDA), Pune and the Indian Military Academy (IMA), Lt Gen Chauhan was commissioned into the 6th Battalion of the 11th Gorkha Rifles after graduating from IMA in 1981. Lt Gen Chauhan finished his schooling from Kendriya Vidyalaya- Fort William in Kolkata.

The officer has vast experience of both conventional and counter-insurgency operations. All his command assignments have majorly been in Jammu and Kashmir or in the northeastern states. In a distinguished military career spanning almost four decades, the services of the officer have been commemorated by the government on several occasions with a plethora of medals.

Lt Gen Chauhan is a highly decorated and accomplished Officer who has been awarded the Uttam Yudh Seva Medal, Ati Vishisht Seva Medal, Sena Medal, Vishisht Seva Medal over the course of his tenure assuming various positions in the Army ranks and serving the country with unnerving dedication.