Addressing his swayamsevaks, the RSS chief said that the term 'lynching' has been coined specifically to defame India and the Hindu society. 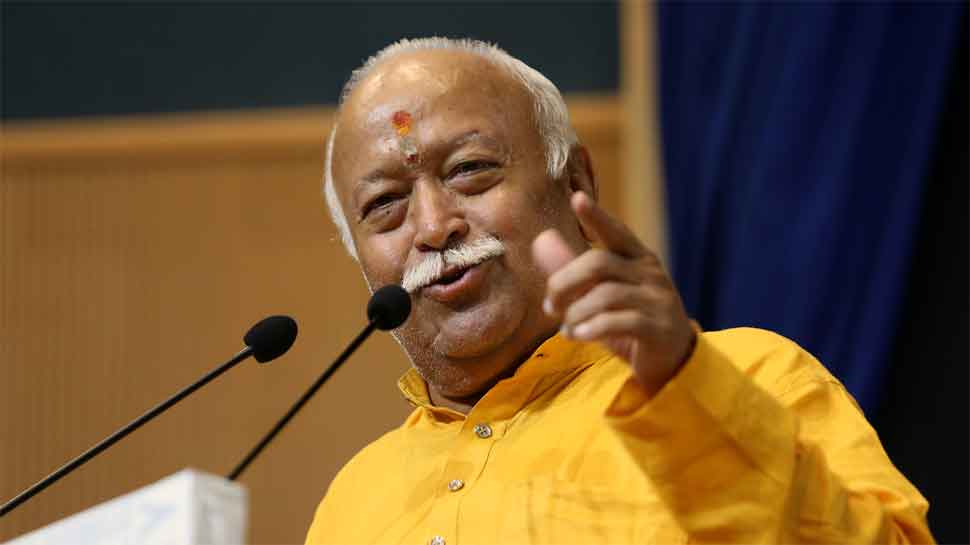 Nagpur: Rashtriya Swayamsevak Sangh (RSS) chief Mohan Bhagwat on Tuesday said that lynching is 'alien to Bharat' and actually has its reference elsewhere.

"Branding some incidents of social violence as 'lynching' are actually meant to defame our country, Hindu society and create fear among some communities. Lynching is alien to Bharat and actually has its references elsewhere," Bhagwat said at an RSS event organised on the occasion of Dusshera. He added that diversity is an intrinsic strength of our nation.

"But diversity of caste, creed, language and region are being used by vested interests to separate one from another, turning them to differences; imposing fabricated identities on manufactured separations," he said. "It is essential to be alert in identifying plots of vested interest and counter them on intellectual and social planes... Alertness is a constant necessity," he added.

The RSS chief stated that different sections of the society should strive to increase goodwill, dialogues and cooperation among themselves.

"In today's context, it is absolutely important to work for the goodwill, harmony and cooperation among all sections of society. The Sangh Swayamsevaks have been making efforts to enhance this type of dialogues and cooperation," he said.