The guns will help the forces target the enemy even in hilly regions and can be transported using helicopters as well. 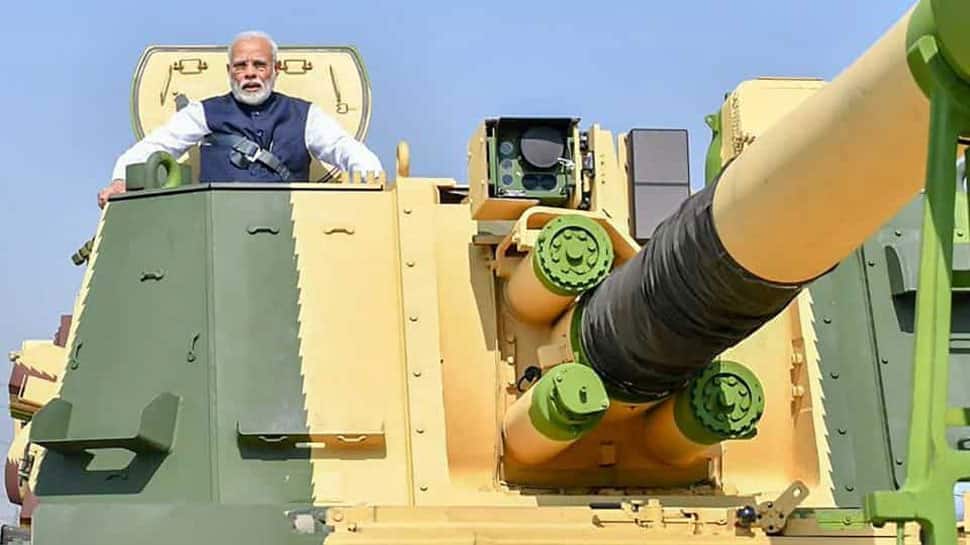 India's newly-acquired M777 American Ultra Light Howitzer and self-propelled K9 Vajra artrillery guns are set to make their debut at the Republic Day parade at Rajpath in the national capital on January 26. According to news agency PTI, the same was confirmed on Wednesday by Major General Rajpal Punia, Chief of Staff, HQ Delhi area.

It is after a gap of almost 30 years, that the Indian Army is set to get two new artillery guns to add to its military might. They were inducted into the Indian Army in October 2018 by Union Defence Minister Nirmala Sitharaman.

A contract was inked with the United States of America for as many as 145 ultralight Howitzer M-777, of which 25 were slated to be brought to India in combat-ready condition. The remaining 125 guns were to be made in India with the help of Mahindra Defence. The supply of the guns was initially expected to begin March 2019.

The guns will help the forces target the enemy even in hilly regions and can be transported using helicopters as well. They will mostly be used by India’s first mountain strike corp in combat-like situations with neighbouring China.

On Saturday, Prime Minister Narendra Modi had inaugurated Larsen & Toubro's (L&T) howitzer gun-manufacturing unit at Hazira in Surat. The L&T had in 2017 won a contract worth Rs 4,500 crore to supply 100 units of the K9 Vajra-T 155 mm/52 calibre tracked self-propelled gun systems to the Indian Army. The contract was handed over to the company under the Centre's Make in India initiative.

"Had the privilege of inaugurating the Larsen and Toubro Armoured Systems Complex in Hazira, Gujarat. Boosting ‘Make in India’ in the defence sector is our endeavour. I am glad that the private sector too is supporting this pursuit and making a valuable contribution," Prime Minister Modi had posted on microblogging site Twitter.

This is the largest contract that has been awarded by the Ministry of Defence to a private company. The L&T had signed a transfer of technology contract for guns with South Korean company Hanwha Corporation.