Made clear demand to Finance Ministry that unutilised defence budget is not sent back: Nirmala Sitharaman

She was addressing a gathering after releasing reports on indigenous research and development and cyber security, prepared by think tank Vivekananda International Foundation (VIF) here. 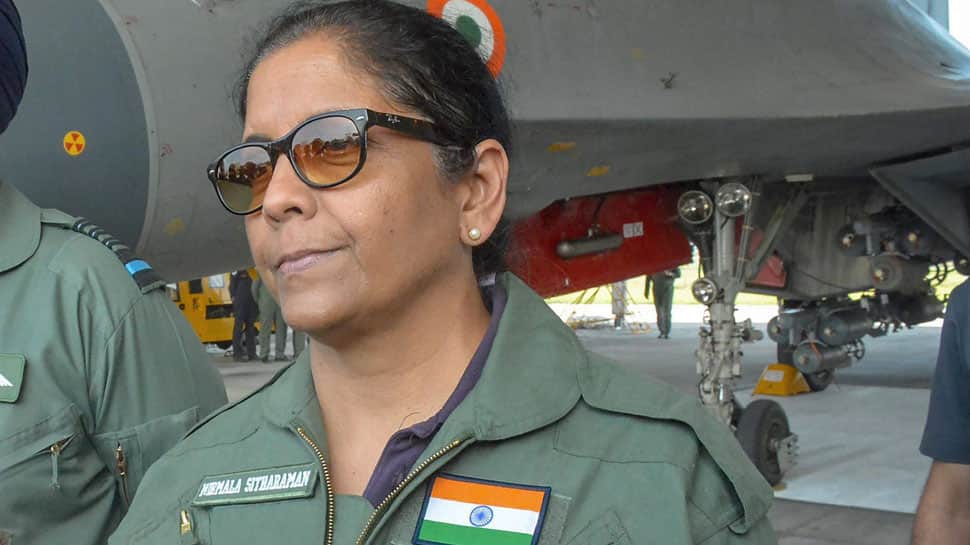 New Delhi: Defence Minister Nirmala Sitharaman on Friday said her ministry has made a "clear demand" to the Finance Ministry that once defence budget is allocated, the unutilised part of it not be sent back to the consolidated fund. She was addressing a gathering after releasing reports on indigenous research and development and cyber security, prepared by think tank Vivekananda International Foundation (VIF) here.

"But, we will ensure, and we have talked with the Finance Ministry...And made a clear demand to it that once a defence budget is allocated, the unutilised part shall not go back to the consolidated funds.

"And the committed expenditure whichever year they may happen will happen from this fund which will probably get accumulated," Sitharaman said.

The defence minister also said the ministry officials are interacting with members of the industry, and the priority would be to make sure officials work together with the industry to meet quality and standard, and if only the ministry is convinced, the order is made.

In her address, she also said she was surprised that the country's defence attaches posted abroad "don't even report to the ministry". "Once posted out, they are dealing with embassies, ambassadors. What happens in that part world is coming through MEA. Why it should come through the MEA, tell me what kind of technology is being talked about," she said.

This is not to say the Ministry of External Affairs is "not doing linkage" between the two sides, but periodically those officers could talk to the ministry, she said.

"So, for the first time, DAs (defence attaches) come here at least once a year... Last year, we did at Defence Expo and this year at Aero India show," the minister added.

In her address, she also made a reference to defence PSUs such as HAL and issues faced by them. "Yes, you have the grievance that Air Force not paying you on time, but there are also disputes about you not supplying on time. For HAL, particularly Tejas, a lot of discussions have happened in my period. The capacity has been increased from 8 to 16 annually. Even with 16, our orders are waiting, 83, before them. So, you can calculate how much time they will need," she said.

She also asserted that there is a market outside and a lot of countries are keen to have some kind of engagement with India. "As a defence equipment supplier, we should be a trustworthy supplier, and we cannot be just doing some negotiations, and at the end of the day, say probably we are unable to do it because someone else will be angry," the minister said.

After releasing the VIF task force reports on indigenous research and development and cyber security, she also said the Defence Ministry will "definitely benefit" from the inputs. The report on "credible cyber deterrence" has proposed the creation of a "cyber command".

"I can only say, we will give the best of the plans to go through the reports and even invite the task force to a brief to defence officials...Cybersecurity and eventually cyber command, and that together with space has acquired an importance that I can't probably define in words. The growth of these important areas are not tractable," she said.