Maharashtra: 5 dead, several stuck under rubble after potion of building in Ulhasnagar collapses

At least five persons, including two women, were killed after slabs of an illegal residential building located in Ulhasnagar township in the Thane district of Maharashtra collapsed. 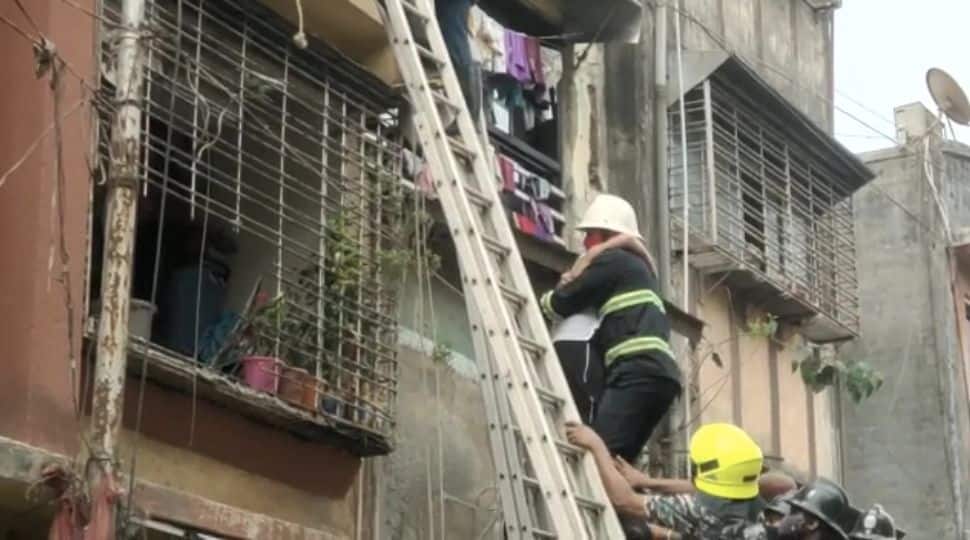 Ulhasnagar: At least five persons, including two women, were killed after slabs of an illegal residential building located in Ulhasnagar township in Thane district of Maharashtra collapsed on Saturday (May 15), officials said, adding 11 people have been rescued.

A search is on for a woman resident of the building who is missing, said Santosh Kadam, chief of the regional disaster management cell of the Thane Municipal Corporation.

The incident occurred around 1.40 pm on the ground- plus four-storey "Manorama" building located in camp no 1, he said. The four-story apartment had nine flats and eight shops.

A slab on the fourth floor came crashing down on other slabs which all landed on the ground floor, trapping people in the process, Kadam said. He said a team of NDRF personnel has joined the rescue operations at the spot.

Local firemen rushed to the scene and rescued 17 residents, who were taken to a local hospital for first aid, the official said. The deceased are identified as Monty Milind Parshe (12), Aishwaraya Harish Dodwal (23), Harish Dodwal (40) and Savitri Parshe (60). One Sandhya Dodwal remains missing and rescue teams are trying to trace her in the debris.

Maharashtra: Portion of a building collapses in Ulhasnagar city of Thane district.

Officials of Fire & Police Departments are on the spot; 11 people have been rescued & sent to hospital. pic.twitter.com/Gitdjm1OHl

The bodies were extricated from the rubble after a search of more than four hours. Ulhasnagar Corporation PRO Yuvraj Badhane said the building was an illegal structure constructed in 1994. It had nine tenements and seven shops on the ground floor. Meanwhile, speaking to reporters at the scene, Kalyan MP Srikant Shinde said kin of the deceased will be paid a compensation of Rs 5 lakh each.

A member of the Thane Disaster Response Force said "the team reached the scene within 30 minutes of being alerted about the accident."