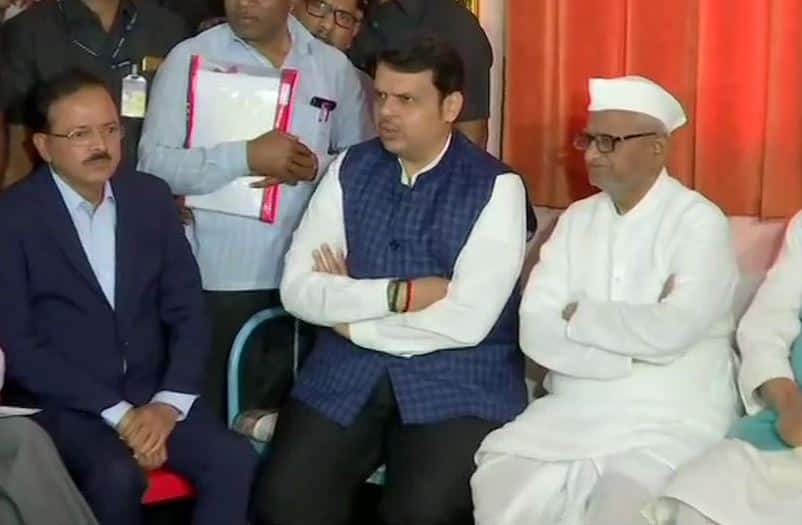 It is to be noted that Anna Hazare has been on an indefinite hunger strike since January 30 demanding appointment of Lokpal at the Centre and Lokayukta in Maharashtra.

Anna, 81, on Monday launched a direct attack against the BJP accusing it of betraying people who voted it to power in 2014 Lok Sabha polls.

On Monday, Bhamre and Maharashtra government minister Girish Mahajan met Anna and tried to convince him to break his fast which has now entered its seventh day.

After meeting the government representatives on Monday, Anna had said that the ministers had nothing concrete to offer. "This insincere attitude of the government is very disappointing," he told reporters.

"I will not call off my hunger strike till the government initiates concrete steps beyond hollow assurances," he added.

Anna had also warned that he would return his Padma Bhushan if Narendra Modi government at the Centre fails to fulfill its promises.

Meanwhile, Shiv Sena has supported Anna Hazare, urging him to lead an agitation against corruption like socialist leader Jayaprakash Narayan and .

"If this government does not fulfill its promises made to the country in the next few days, I will return my Padma Bhushan," he said on Sunday evening.

Hazare has lost 3.8 kg in the past five days and his blood pressure, blood sugar and creatinine level in the urine had gone up, a doctor said.