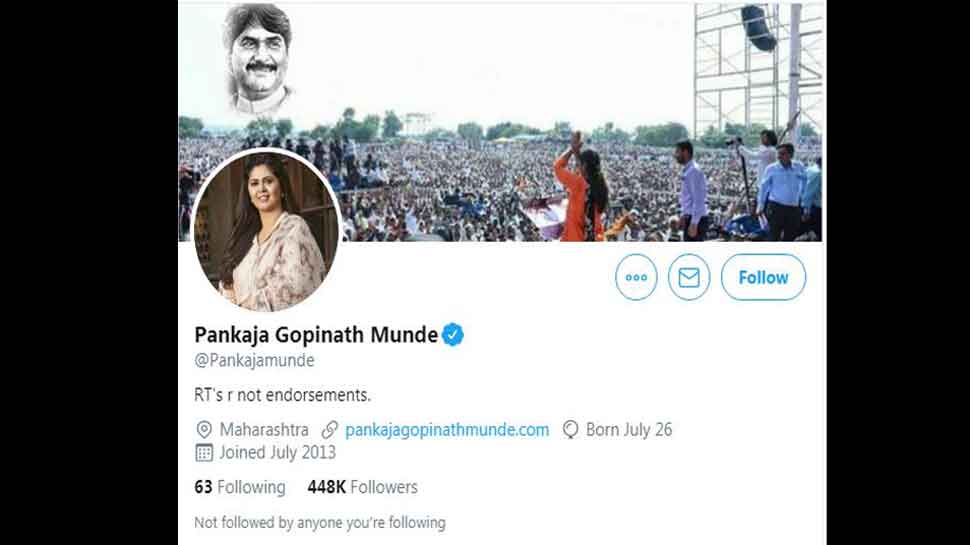 This comes even as earlier on Saturday, Maharashtra former Cabinet Minister had taken to her Facebook page to inform that she will make a big announcement on December 12 addressing a rally for her supporters across the state in Beed district.

Munde had also taken full moral responsibility for her defeat in her post when she contested the Parli Assembly seat in state assembly election held in October. She had lost to her cousin, the NCP's Dhananjay Munde, by a margin of more than 30,000 votes.

"Looking at the changed political scenario in the state, there is a need to think and decide the way ahead. I need time for some 8-10 days to communicate with myself," Pankaja Munde wrote on Sunday, while inviting her supporters for a memorial service on December 12, the 60th birth anniversary of her father

"Our future journey needs to be decided against the backdrop of current political changes. What to do next? Which path to be taken? What can we give to people? What is our strength? What are the expectations of people?" she had written in her post.

"I will think about all these aspects and come before you on December 12," she said, adding, "I have a lot to speak about. I am sure all my soldiers will attend the rally".

In the post, Munde said that after she was defeated, she got several calls and messages from her supporters to meet, but due to the ongoing political situation, she couldn't speak to them."

After failing to form the government in Maharashtra, BJP is reportedly facing internal rift and the blame-game have already started within the party.