The book fair is being held in London Olympia from March 12 to 14. 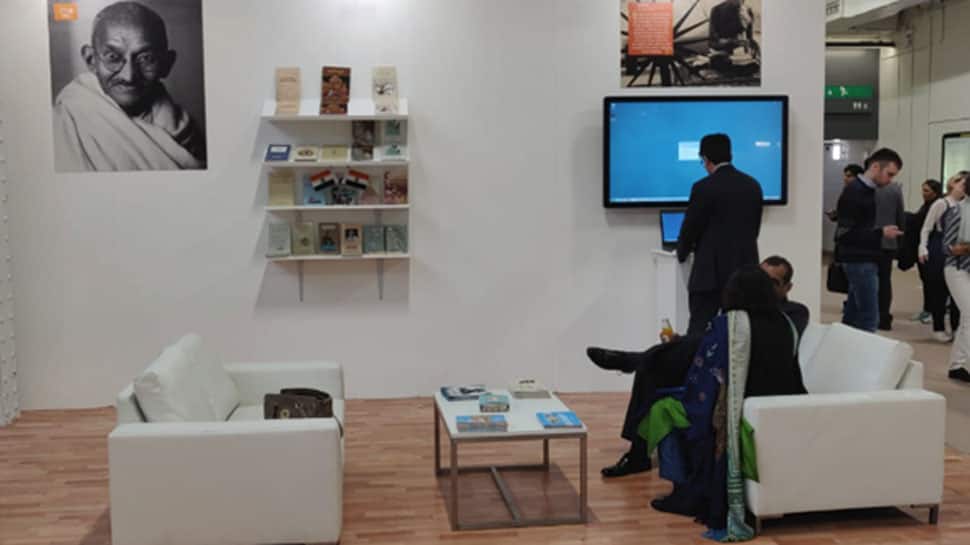 The India Pavilion was inaugurated at the London Book Fair on Tuesday. This time, the focus is on the 150th birth anniversary of Mahatma Gandhi, the father of the nation.

The pavilion will display Collected Works of Mahatma Gandhi in digital format. It will also feature various titles on culture, history and folktales of India.

An interactive digital media experience on life and times of Mahatma Gandhi, the Statue of Unity and other major achievements of India is also available at the Pavilion.

A seminar on Making of The Collected Works of Mahatma Gandhi – Print and Electronic Versions – will also be organized at the London Olympia.

The book fair is being held in London Olympia from March 12 to 14.