The Jaffna International Airport in Sri Lanka was inaugurated in the presence of President Maithripala Sirisena and Prime Minister Ranil Wickremesinghe as the inaugural flight which took off from Chennai landed at Jaffna to mark the historic occasion. 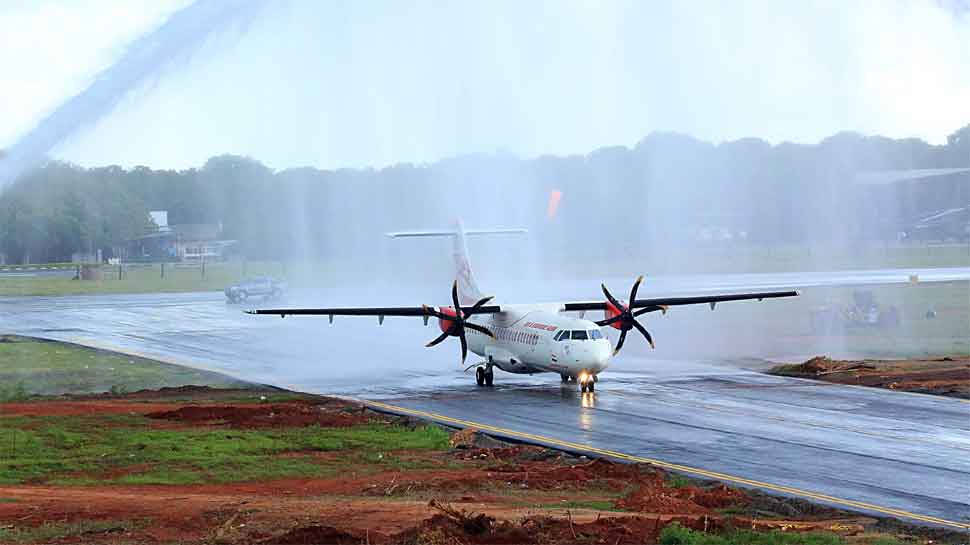 Jaffna: The Jaffna International Airport in Sri Lanka was inaugurated in the presence of President Maithripala Sirisena and Prime Minister Ranil Wickremesinghe as the inaugural flight which took off from Chennai landed at Jaffna to mark the historic occasion.

On Thursday, An ATR72-600 short-haul Alliance Air flight, which is a subsidiary of Air India, from Chennai made its maiden landing at the newly upgraded Jaffna International Airport, which the third international airport of the country at Palaly, in the Tamil-dominated Northern Province's capital Jaffna, upgraded by India's aid. This was Alliance Air’s first international flight.

"Air Alliance will operate short-haul flights between Chennai and Jaffna," an official statement said. Sandhu while addressing the inaugural ceremony said, "bilateral relations between India and Sri Lanka have now truly touched the sky." He added that the inaugural flight was yet another example of India’s commitment to continue with people-oriented development projects in Sri Lanka. It was also a reflection of the shared commitment to further strengthen people-to-people ties between India and Sri Lanka, which "lies at the heart of the bilateral relationship".

Sandhu also recalled Prime Minister Narendra Modi's words during his visit to Sri Lanka in 2015, in which he had said, “The future I dream for India is also a future that I want for our neighbours”.

Notably, India had extended grant assistance for the rehabilitation of runway and basic infrastructure at the Palaly airfield under the agreement which concluded on November 2005 with Sri Lanka government. Both sides have also been working towards operationalization of regional commercial passenger flights from Jaffna.

The recent expansion of the airport along with setting up of ancillary facilities has been done by Sri Lanka government. The airport has been developed afresh and the runway length has been extended from 950 to 1400 metres to facilitate ATR 72 aircraft carrying 70 passengers. Under phase 2, the runway length will be extended up to 2,300 metres for bigger aircraft. There will be three flights weekly between Jaffna and Chennai and the regular operations will commence from early November.