While six people died on the spot, two injured were taken to a zonal hospital where one of them succumbed to his injuries. 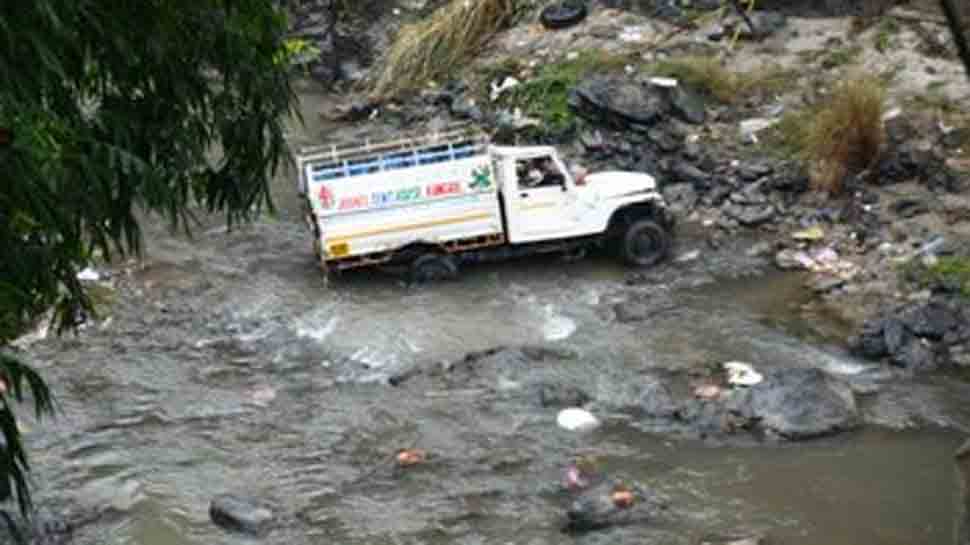 MANDI: In an extremely unfortunate incident, at least seven people were killed when a vehicle in which they were travelling fell into a rivulet in Himachal Pradesh's Mandi district. The incident took place on Monday (November 16).

One person was also injured in the mishap.

What led to the accident?

The accident took place after the four-wheeler pickup fell into Suketi Khud (rivulet) at Pulghrat near Mandi at around 2.30 am, they said. PTI quoted a police official as saying, at least six people died on the spot, whereas two injured were taken to a zonal hospital where one of them succumbed to his injuries.

The police have registered a case under IPC sections 279 (rash driving), 338 (causing grievous hurt to any person) and 304 A (causing death by negligence).

Himachal Pradesh: Seven killed, one injured after a vehicle fell down in Suketi Khad water stream near Pullghrat area of Mandi district at around 3 am today pic.twitter.com/aGXB40GXny

President Ram Nath Kovind expressed his grief over the loss of lives in Mandi road accident and wished a speedy recovery to the injured. In a tweet, Kovind said, "I am deeply saddened to learn about the road accident in Mandi, Himachal Pradesh. Necessary steps are being taken by the local administration to help the affected people. My condolences to the bereaved families. I wish a speedy recovery to the injured."

Prime Minister Narendra Modi also condoled the loss of lives in the road accident and conveyed his condolences to the bereaved family members. In a tweet, he said the government is carrying out a rescue and relief work, and wished a quick recovery to the injured.