MoS in MHA Hansraj Ahir said this in a written statement in the Parliament. 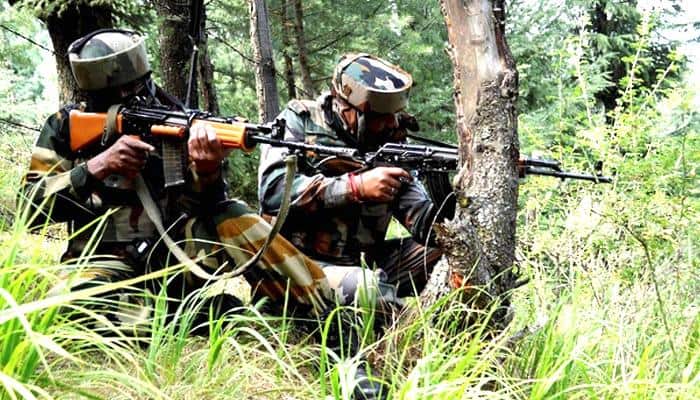 NEW DELHI: Terror attack in the hinterland of the country saw a major decline since the Narendra Modi government came to power according to the latest Ministry of Home Affairs (MHA) data.

The data was presented by the Minister of State (MoS) in the Ministry of Home Affairs Hansraj Ahir in a written statement in the Parliament.

The number of civilians and security personnel killed in terror attacks in the last 5 years was 11 each while terrorist killed were 7.

But the situation deteriorated in Kashmir.

Kashmir saw 1708 terror attacks in the last 5 years. The number of terrorists killed was 838.

Informing the Parliament on the measures taken by the Modi government to check terrorism, Ahir said, "in order to avert terror incidents in the country, there exists close and effective coordination between intelligence and security agencies at the center and the state level. The multi-agency centre (MAC) has been strengthened and reorganized to enable it to function on a 24X7 basis for real time collation and sharing of intelligence with other intelligence agencies & state governments."

He added, "states have also raised special forces to deal with terror incidents and central armed police forces and national security guards have also been stationed at different locations to assist the states in dealing with such incidents"

109 security forces personnel died while 508 extremists were killed in the last 5 years.