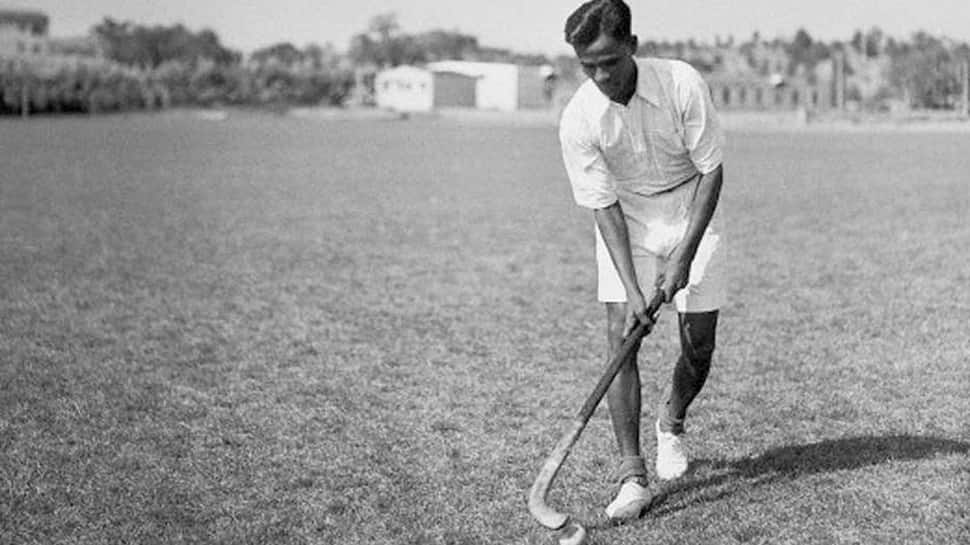 NEW DELHI: Prime Minister Narendra Modi on Thursday paid tributes to hockey legend Major Dhyan Chand on his birth anniversary. "Today, we got a great leader in Major Dhyan Chand. I salute Dhyan Chand who mesmerised the world with his fitness, stamina and hockey skills," the PM said during an event to launch the Fit India Movement in the national capital.

India's hockey wizard, Major Dhyan Chand, is widely regarded as one of India's greatest athletes ever. The legend's birth anniversary, which falls on August 29, is also celebrated as the National Sports Day.

PM Modi also took the opportunity to laud India's athletes across sports for bringing several laurels to the country. During the launch of the Fit India Movement, the PM encouraged the countrymen to focus on fitness and get involved in physical activities.

The PM also expressed concern on how Indian youngsters are now being affected by several diseases from a very early stage.

Citing example of  Hockey legend Major Dhyan Chand, the PM said, "His medal is the result of his austerity and austerity, it is also a measure of new India's new passion and new confidence."

"Today is also the day to congratulate our young players, who are constantly giving new glory to the glory of the Tricolour on the world stage. Be it Badminton, Tennis, Athletics, Boxing, Wrestling or other sports, our players are giving new wings to our expectations and aspirations," he said.

"Sports is directly related to fitness. But the Fit India Movement that has started today has expanded beyond sports. Fitness is not a word but a necessary condition of healthy and prosperous life," he added.

“Today, everybody knows that National Sports Day is on the day of Dhyan Chand’s birthday. He was our pride for a long time. He was the first Indian to go global and made India proud. He was known as the hockey wizard. I’m extremely delighted and feel proud today that all the former Olympian hockey players together paid tribute to Chand,” Rijiju told reporters.