According to reports, a fireman received burn injuries during the operation and was immediately rushed to Mumbai's JJ Hospital for medical treatment. 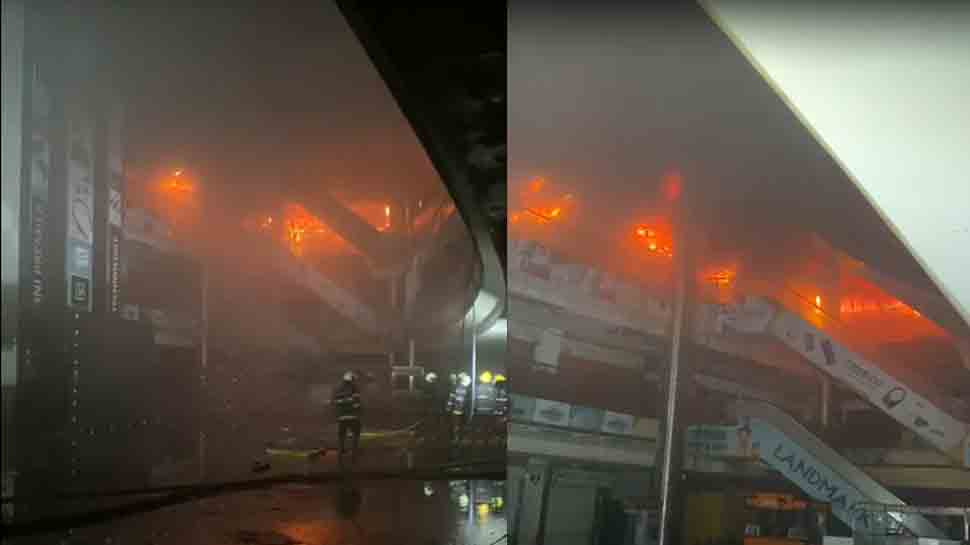 MUMBAI: A major fire broke out at the City Centre mall in south Mumbai on Thursday (October 22) night. According to a fire brigade official, the blaze at the mall erupted at around 8:53 pm on Thursday even when almost 200-300 people were present inside the premises.

At least 20 fire engines and seven jetties were engaged in the operation to douse the flames on the ground plus four-storey mall, the official said. According to reports, a fireman received burn injuries during the operation and was immediately rushed to Mumbai's JJ Hospital for medical treatment.

The fire was initially categorised as level 1 (minor) but was upgraded to level-3 (major) at around 10.45 pm when flames spread to other parts of the complex. It was later upgraded to level-5 and the Mumbai fire brigade has declared this brigade call. This means that help has been sought from HPCL, BPCL, BPT. So far, there is no news of anyone being trapped inside the mall.

#WATCH: Firefighting operation underway at a mall in Nagpada area in Mumbai where a fire broke out last night.

It has been declared a level-5 fire. #Maharashtra pic.twitter.com/YDpgpRHXcm

According to fire brigade officials, the exact cause of the fire was not yet known. Locals said that the mall mainly houses shops selling mobile phone accessories.

It was reportedly the second fire in the city on Thursday. Earlier in the day, a fire broke out in a garment factory in Kurla West. It was doused after more than two hours of effort.