Major Shweta holds a degree in computer science and has done her advance course in radars. She assisted PM Modi as he unfurled the national flag at the Red Fort on Independence Day. 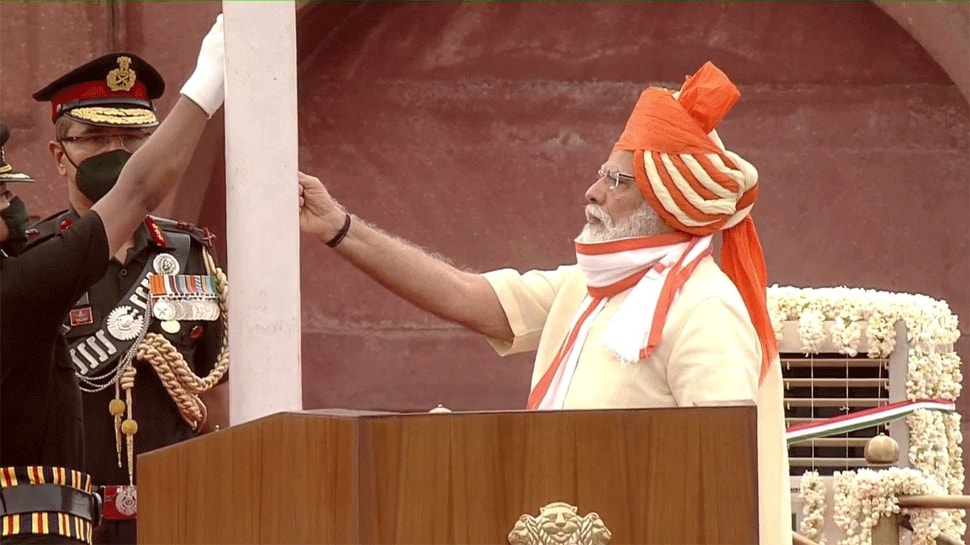 NEW DELHI: Prime Minister Narendra Modi on Saturday (August 15) unfurled the tricolour at Red Fort in the national capital and addressed the nation on the occasion of 74th Independence Day. Notably, the Prime Minister was assisted by woman Army officer — Shweta Pandey, as he hoisted the national flag from the ramparts of the Red Fort.

Major Shweta Pandey is an Electronics and Mechanical engineer at the Indian Army's 505 base workshops.

She was commissioned in March 2012 at the Officers Training Academy, Chennai. Her father Raj Ratan Pandey was an Additional Director in the Finance Department of the Uttar Pradesh government while her mother Amita Pandey is a professor of Sanskrit and Hindi.

She holds a degree in Computer Science and has pursued an advance course in radars. She has won more 75 medals and 250 certificates in various national and international events such as speeches, debates, extempores, etc in school and college.

She is an alumnus of the City Montessori School (CMS) in Lucknow, the largest school in the world.

The officer is a Chemical, Biological, Radiological, and Nuclear (CBRN) expert and has completed both basic CBRN and staff CBRN courses from the College Of Military Engineering (CME) in Maharashtra's Pune.