Mamata Banerjee hits out at poll body over extension of 'silence period', says 'will visit Cooch Behar on 4th day'

The development comes a day after Mamata questioned the version that central forces fired on voters 'in self-defence' in Cooch Behar district killing four persons and stated that her government in West Bengal will initiate a CID probe into the incident. 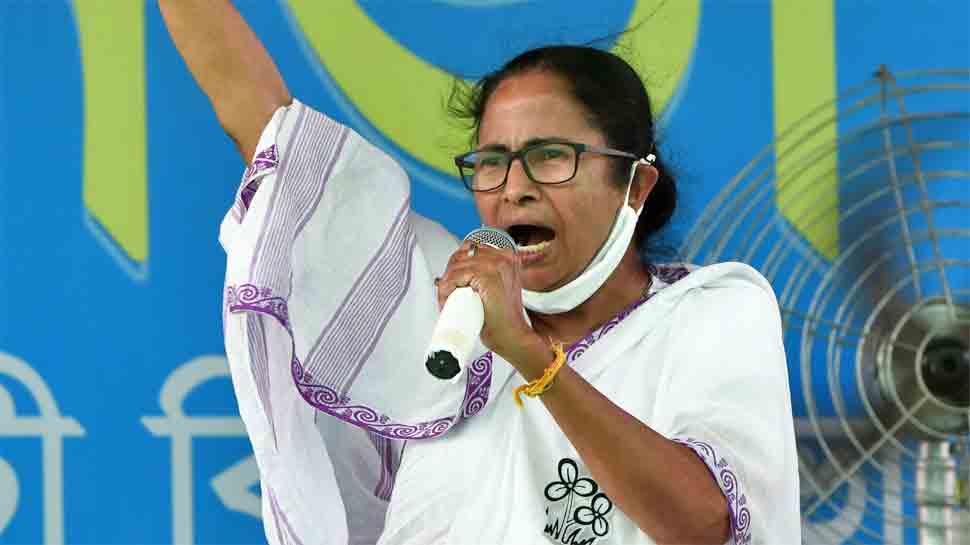 NEW DELHI: West Bengal Chief Minister and Trinamool Congress supremo Mamata Banerjee has cancelled her two rallies scheduled to be held in Jalpaiguri district on Sunday (April 11). The Trinamool supremo, who on Saturday announced she would visit Cooch Behar to take stock of the firing incident in which four people lost their lives, has now rescheduled her visit on the 'fourth day'.

The development comes a day after Mamata questioned the version that central forces fired on voters 'in self-defence' in Cooch Behar district killing four persons and stated that her government in West Bengal will initiate a CID probe into the incident.

"A CID probe will be initiated to find out the circumstances behind the incident," the CM said. Mamata said that she would visit Mathabhanga Hospital on Sunday morning.

EC should rename MCC as Modi Code of Conduct!

BJP can use all its might but NOTHING in this world can stop me from being with my people & sharing their pain.

They can restrict me from visiting my brothers & sisters in Cooch Behar for 3 days but I WILL be there on the 4th day!

Meanwhile, the poll panel barred the entry of politicians in Cooch Behar district for the next 72 hours to prevent any possible law and order flare-up and directed the union home ministry to deploy an additional 71 companies of central armed police forces (CAPF) for the next four phases of the polling. It also put in place restrictions, including extending the 'silence period' from 48 hours to 72 hours, for the fifth phase of polling after the violence. Candidates will now not be allowed to canvass door to door 72 hours before the end of the polling hour instead of the usual 48 hours prior to the conclusion of the exercise.

At least four persons were killed as central forces opened fire allegedly after coming under attack from locals, who 'attempted to snatch their rifles' near a booth in Sitalkuchi constituency in North Bengal when polling was underway. According to official sources, the preliminary report submitted by the EC's special police observer Vivek Dubey said that a huge mob of around 350-400 people had gheraoed the central forces, following which they fired in "self-defence".

Prime Minister Narendra Modi addressed an election meeting at Siliguri earlier in the day and extended his condolences to the bereaved families, besides urging the Election Commission to take action against those responsible for the incident.