On being informed about the incident, a mobile tiger police team on bikes rushed to the spot and arrested Razi. 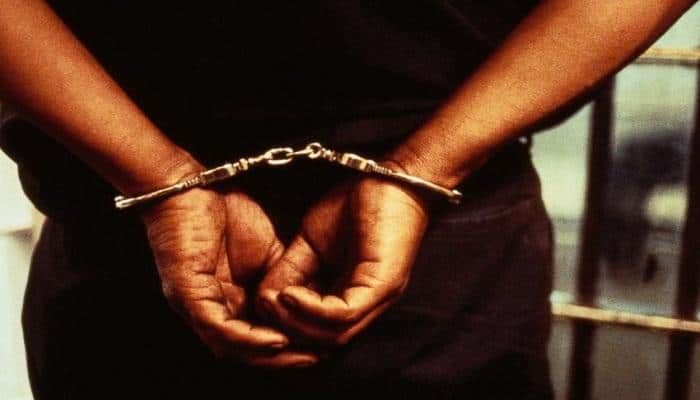 Jamshedpur: A 22-year-old man was arrested for allegedly raising anti-India slogans on old Purulia road here in East Singhbhum district, a police officer said Tuesday. The incident happened under the jurisdiction of Azadnagar police station on Sunday, the police officer said, adding, the accused, identified as Anas Razi, is a resident of Zakirnagar.

Razi along with half a dozen of his friends, were raising anti-India slogans such as and "Pakistan Jindabad" on Sunday evening, the Officer-in-Charge of Azadnagar police station, Vishnu Prasad Rawat, said.

On being informed about the incident, a mobile tiger police team on bikes rushed to the spot and arrested Razi.

His friends, however, managed to escape. Razi was forwarded to jail on Monday after a case under various sections of IPC was registered against him, Rawat said, adding, that Razi has disclosed the names of the other persons.

A hunt has been launched to apprehend the others, he added.