Former Union Minister Maneka Gandhi said that Forest Secretary should be removed, and also sought the resignation of the state's minister for wildlife protection. 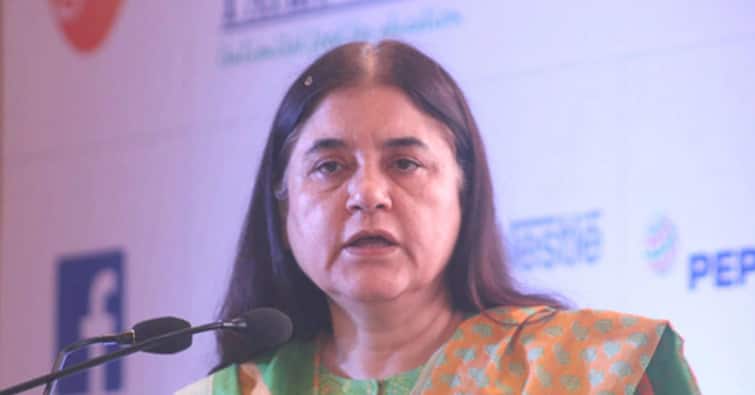 New Delhi: BJP MP and animal rights activist Maneka Gandhi on Wednesday (June 3) flayed the CPM-led Kerala government for the tragic death of a pregnant elephant in Malappuram district. The shocking incident came to light on Tuesday after a forest officer shared the details of the horrific incident on his Facebook page.

Maneka Gandhi told ANI, "It's murder, Malappuram is famous for such incidents, it's India's most violent district, for instance, they throw poison on roads so that 300-400 birds and dogs die at one time."

The Former Union Minister further said that Forest Secretary should be removed, and also sought the resignation of the state's minister for wildlife protection.

"Rahul Gandhi is from that area, why has he not taken action?," Maneka Gandhi also questioned his silence on the elephant's death in Malappuram.

"Kerala government has not taken any action in Malappuram, it seems they are scared," Maneka Gandhi said, adding "An elephant is killed every 3 days in Kerala. We have less than 20,000 elephants left in India, they are declining rapidly."

According to reports, the Mannarkkad forest range officer today said that an FIR was lodged against unidentified people under relevant sections of the Wild Life Protection Act.

According to details shared by Forest officer Mohan Krishnan on Facebook, the wild elephant had come out of the forest in search of food. As she walked on the streets, locals offered her pineapple stuffed with crackers, which exploded in the pregnant elephant's mouth and she died on May 27.

Forest officials reportedly brought two captive elephants to lead her out of the river but attempt to rescue her was in vain.

The cracker explosion in her mouth is understood to have badly injured her tongue and mouth and was unable to eat anything because of her injuries.