During the search, the joint team of NIA and Assam Rifles personnel recovered one AK-56 assault rifle along with three Magazines and 180 live rounds. 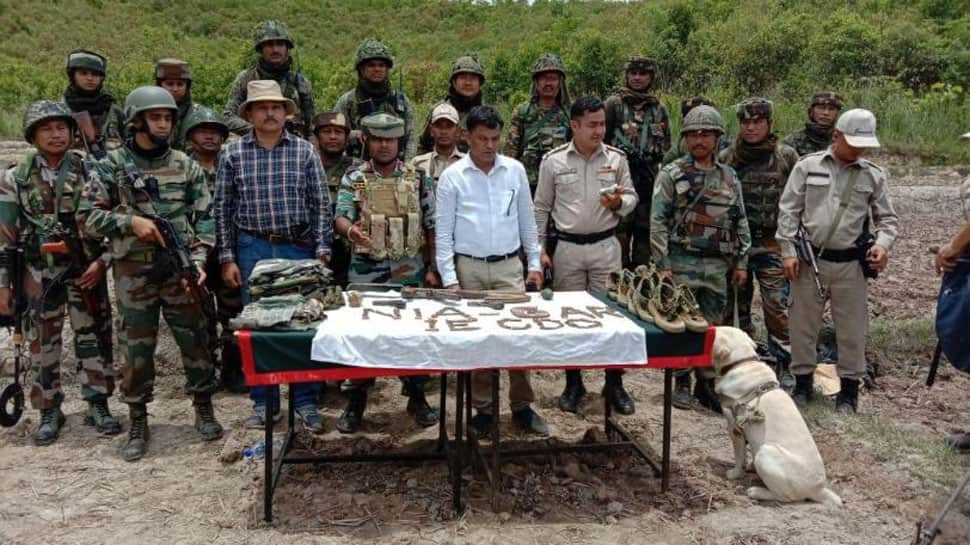 During the search, the joint team of NIA and Assam Rifles personnel recovered one AK-56 assault rifle along with three Magazines and 180 live rounds. They also recovered one 0.38 Pistol (Makarov – Russian made) along with 4 live rounds and one 0.32 foreign made pistol. Two live hand grenades, 10 rounds of 9 mm Pistol and five pairs of camouflage uniforms were also recovered in the search operation. It is believed that the recovered arms and ammunitions belong to associates of self-styled Chairman of KCP (PWG) Moirangthem Rana Meitei alias Paikhomba alias Suchikar.

​The instant case was re-registered under section 17, 18, 20 & 21 of Unlawful Activities (Prevention) Act, 1967. The case relates to the criminal conspiracy hatched by cadres of proscribed organisation Kangleipak Communist party (PWG) Manipur to extort money from local people, government departments, schools, institutions etc for KCP (PWG) in order to fund their terror activities in Manipur.