The BJP leader had been undergoing treatment for pancreatic ailment in hospitals in New York, Goa, Mumbai and Delhi since February 2018. 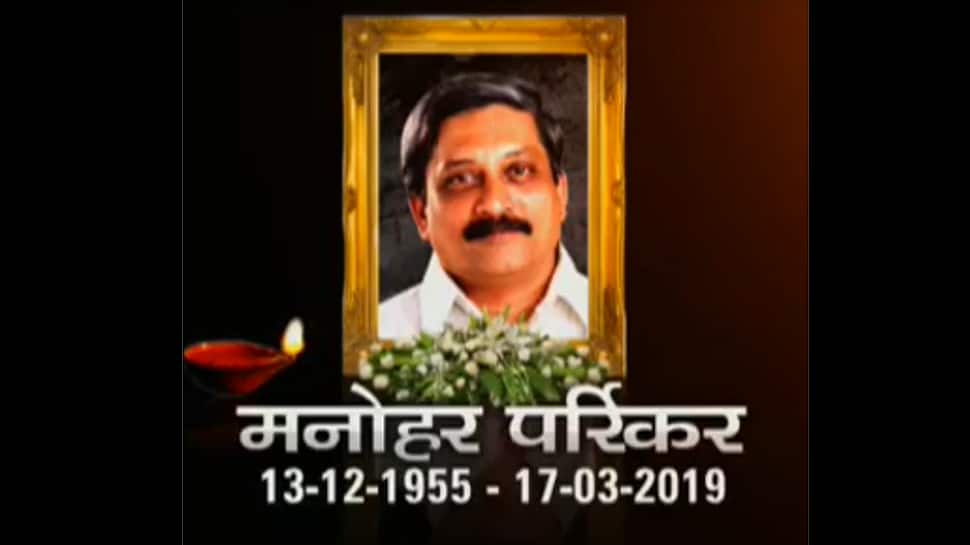 PANAJI: Goa Chief Minister and Bharatiya Janata Party (BJP) leader Manohar Parrikar died on Sunday in Panaji after suffering from a prolonged illness. He was 63. A condolence meet will be held in the Union Cabinet at 11 am on Monday.

Centre has announced national mourning on Monday. Parrikar will be accorded a state funeral and national flag will fly at half-mast in Delhi and capitals of States and Union Territories.

The BJP leader had been undergoing treatment for pancreatic ailment in hospitals in New York, Goa, Mumbai and Delhi since February 2018.

A frail Parrikar had made rare public appearances in the past few months and was mostly recuperating at his home in Dona Paula.

The three-time Chief Minister of Goa also served as the defence minister between 2014 and 2017 in the Narendra Modi government. Parrikar was a Rajya Sabha MP from Uttar Pradesh from November 26, 2014, to September 2, 2017.

He had, just before the BJP parliamentary party meet in Goa in September 2013, proposed that the then Gujarat chief minister Narendra Modi be projected as the prime ministerial candidate of the party.

He became the Chief Minister of Goa for the first time 2000 and continued till 2005. His second stint was from 2012 to 2014 after which he joined the Central government. He became an MLA in 1994 and was the Leader of Opposition in the Goa Assembly from June to November 1999.

A graduate of Indian Institute of Technology Bombay, he was the first alumni of one of the top engineering institutes of India to become an MLA.

Parrikar was born in Mapusa joined the Rashtriya Swayamsevak Sangh (RSS) at a young age.

He is survived by two sons. His wife Medha Parrikar died in 2001 following an illness.