Amarinder Singh has called for strict action against Pakistan. 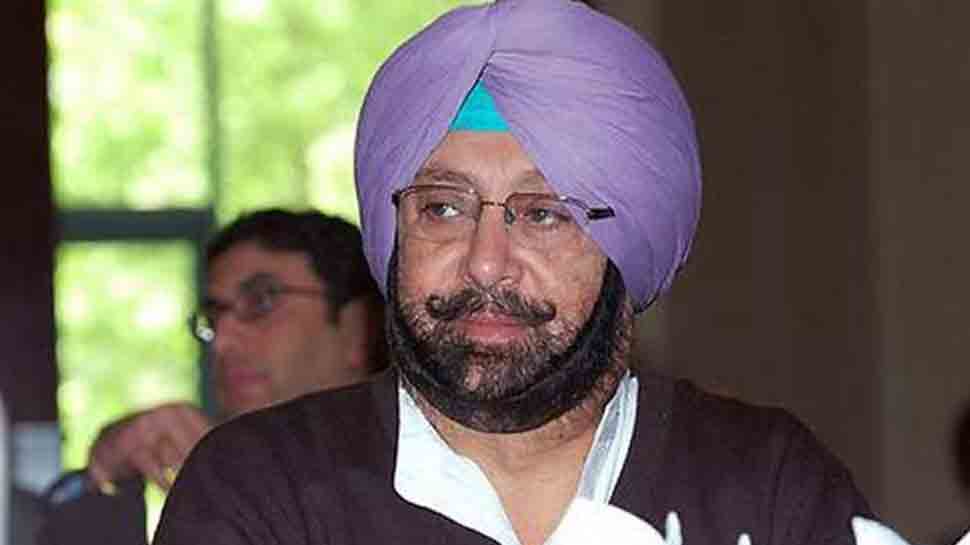 New Delhi: Barely hours after an unrepentant Imran Khan broke his silence on the dastardly attack on a CRPF convoy in Jammu and Kashmir saying his country had no involvement in it, Punjab Chief Minister Amarinder Singh on Tuesday reiterated his demand seeking an 'eye for an eye, a tooth for a tooth'.

Sending a strong message to the Pakistan Prime Minister soon after he defended his country from blame over involvement in the deadly attack, Singh reminded him that Pak-based Jaish-e-Mohammad had taken the responsibility in the attack and that it plots the terror attacks using ISI's help.

He said, "What more proof does he want? JeM chief Masood Azhar is sitting there. Will they accept when we show them bodies of the terrorists killed by our forces? So what kind of a statement is this? Whole world knows the truth. If even one of our jawans is martyred, we should kill 2 of theirs (Pakistan). This is the only language they will understand. We've already said that whatever steps the government takes, we will support it."

He added, "If Pakistan could not act against JeM, India will do it for them."

Amarinder, a former Army Captain, took to Twitter to write, "Dear @ImranKhanPTI you have Jaish chief Masood Azhar sitting in Bahawalpur & masterminding the attacks with ISI help. Go pick him up from there. If you can’t let us know, we’ll do it for you. BTW what has been done about the proofs of Mumbai’s 26/11 attack. Time to walk the talk."

Dear @ImranKhanPTI you have Jaish chief Masood Azhar sitting in Bahawalpur & masterminding the attacks with ISI help. Go pick him up from there. If you can’t let us know, we’ll do it for you. BTW what has been done about the proofs of Mumbai’s 26/11 attack. Time to walk the talk. pic.twitter.com/Zct6I7QieY

At least 40 CRPF soldiers were killed last week in a suicide attack carried out on their convoy in Kashmir's Pulwama by Jaish-e-Mohammad terrorists. The mastermind of the attack and two other terrorists were killed by security forces in an encounter on Monday.

Earlier in the day, Pakistan PM Imran Khan issued a statement on the recent terror attack in Pulwama and said Pakistan had anything to do with the attack adding that India's aggressive posturing would be reciprocated if required.

"I did not speak before on the (Pulwama) attack because the crown prince of Saudi Arabia was here. I am now responding. We were busy planning this really important visit and won't want to sabotage it by helping such an attack take place. Even if this visit was not happening, we have nothing to gain from such an attack," he said.

"I also want to ask the Indian government that if you want to blame Pakistan for nothing that happens in Kashmir, you are only making Pakistan the whipping boy. If you (Indian government) think you will attack us, we will not think of retaliating. We will retaliate."

Imran added that he assures of action if India is able to provide credible evidence of Pakistan's involvement in the recent attack.

40 CRPF personnel were martyred last Thursday when a suicide bomber rammed his explosive-laden car into a bus full of CRPF personnel on Jammu-Srinagar Highway. The responsibility of the attack was claimed by Pakistan-based JeM. In a retaliation in under 100 hours, the Indian Army eliminated the JeM leadership in J&K.