Local reports said that many people had to be evacuated through glass windows even as fire officials reached the spot and began rescue operations. 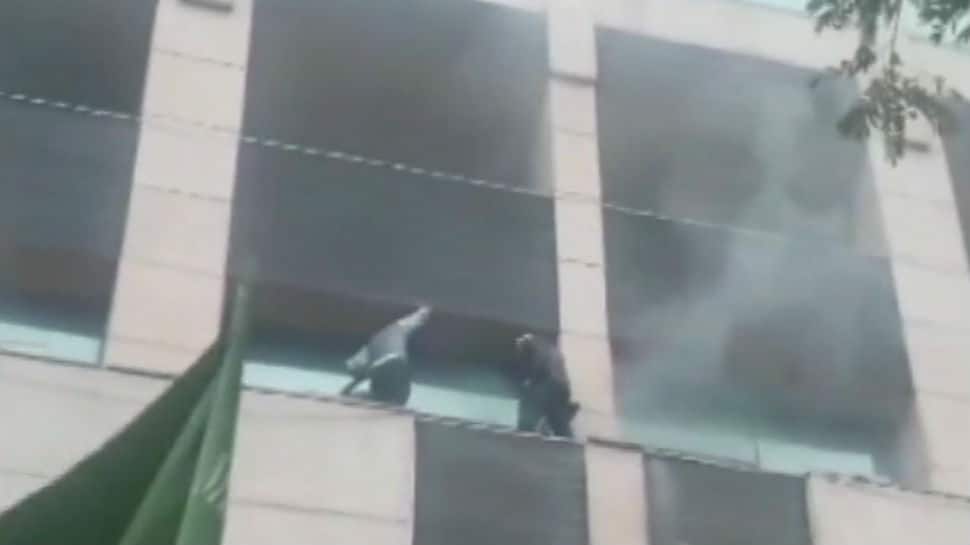 A massive fire broke out on the second floor of a prominent hospital in Noida's Sector 11 on Thursday morning.

Zee News correspondent Ashwini reported that several people had to be evacuated by breaking glass windows of Metro Hospital even as fire officials reached the spot and began efforts to control the blaze. A hospital official later confirmed to reporters that all patients have been evacuated and there are no fire-related injuries. "Once the patients were taken out, they were put in ambulances and transferred to other hospitals. No injury has been reported," said Dr Pushotam Lal, chairman, Metro Hospital.

Eyewitness reports say the fire broke out on the second floor and spread to the third and fourth floors. Reports also said that hospital security personnel and other members of the staff swung into action soon after the fire broke out and that it may be one of the reasons why all patients were taken out in a timely manner.

While the cause of the fire is not yet known, an investigation is expected to be launched.

UP Board exams: Chief Minister Yogi Adityanath wishes luck to over 58 lakh students